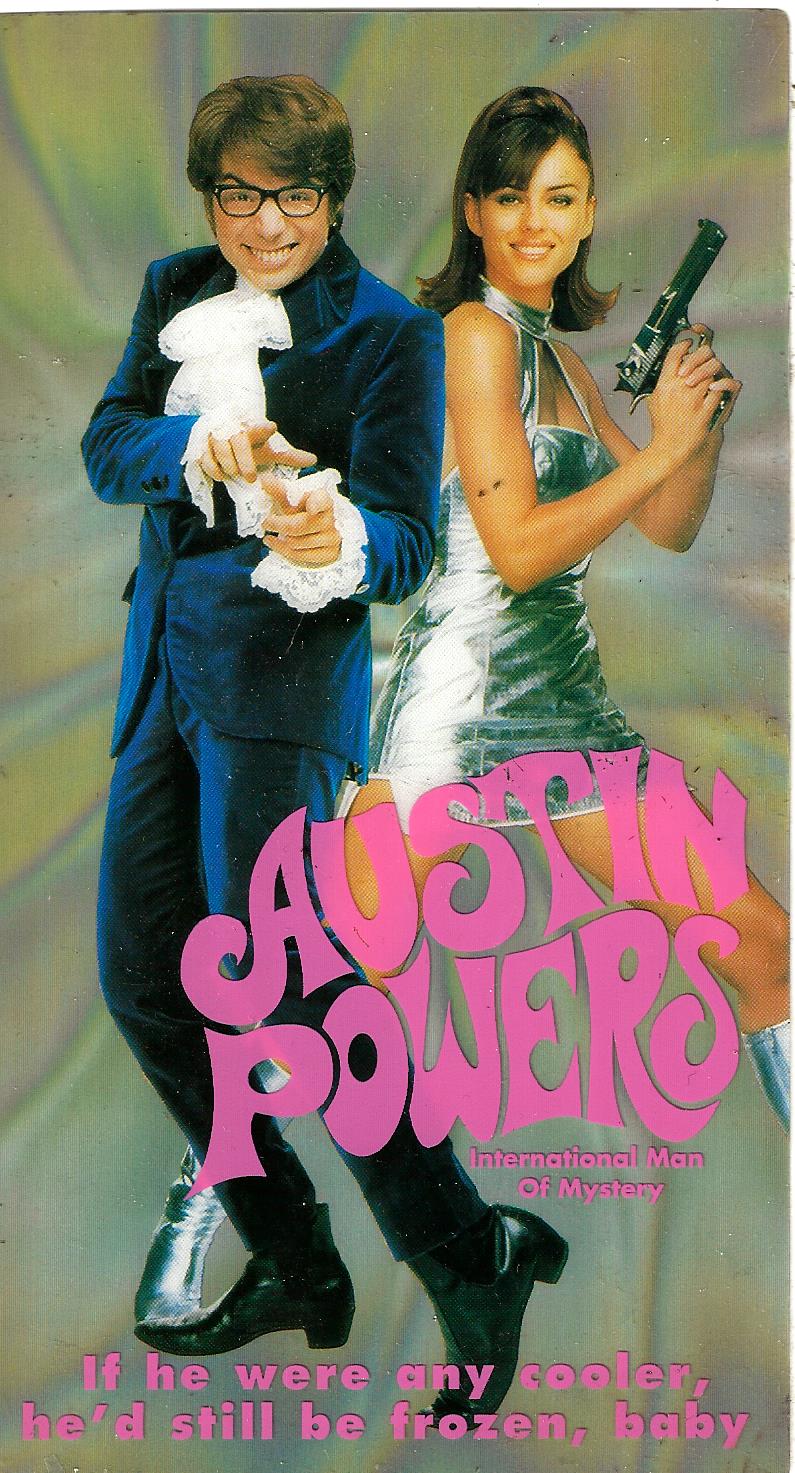 
Less a parody of the early James Bond film than a parody of the films that parodied the early James Bond films, Austin Powers: International Man of Mystery stars Mike Myers as Austin Powers, by day a hipster fashion photographer in mid-'60s swingin' London and by night a crime-fighting secret agent. Austin's wardrobe is pure Carnaby Street at its most outrageous, his vocabulary is crowded by the cool lingo of the day ("Groovy, baby! Yeah!!"), and he's irresistible to women, despite the fact that he can be charitably described as "stocky" and has teeth that strike fear into any practicing dentist. When his nemesis, the arch-enemy Dr. Evil (also played by Myers), has himself cryogenically frozen and sent into space, Powers also has himself put on ice so he can be thawed out when Dr. Evil returns. Come 1997, Dr. Evil returns to Earth and is back to his old tricks, so Austin is thawed out and returned to active service -- though he soon discovers his style doesn't play so well 30 years on. The supporting cast includes Elizabeth Hurley as Austin's sidekick, Vanessa Kensington; Michael York as his boss, Basil Exposition; Robert Wagner as Dr. Evil's assistant, Number Two; and Seth Green as Dr. Evil's troubled son, Scott Evil. Ming Tea, the swingin' pop band that periodically backs up Austin, includes real life pop-rockers Matthew Sweet and Susanna Hoffs. Austin Powers: International Man of Mystery was a mild box-office hit but an even bigger success on home video, which led to the 1999 sequel, Austin Powers: The Spy Who Shagged Me.


Austin Powers: International Man of Mystery is a 1997 American action comedy film and the first installment of the Austin Powers series. It was directed by Jay Roach and written by Mike Myers, who also starred as both Austin Powers and the antagonist Dr. Evil.,[1] Powers' arch-enemy. The film co-stars Elizabeth Hurley as Vanessa Kensington, Robert Wagner as Number 2, Seth Green as Scott Evil, and Michael York as Basil Exposition. Will Ferrell, Mimi Rogers, Carrie Fisher, Tom Arnold, Rob Lowe, Christian Slater, Cheri Oteri, Neil Mullarkey and Burt Bacharach made cameo appearances alongside an uncredited cameo by MADtv star Michael McDonald, among many others.
The film is a parody of the James Bond films (particularly the earlier features in the franchise) as well as other parody films that also spoof James Bond and other 1960s spy films (as Myers describes it).[2]
The film, which cost US$16.5 million, opened on May 2, 1997, to positive reviews. It made a modest impact at the box office, grossing US$53 million from its North American release and about US$68 million worldwide. The film later became a hit and cult classic in the home video market and cable television, spawning two sequels, Austin Powers: The Spy Who Shagged Me and Austin Powers in Goldmember, with a fourth film in the works