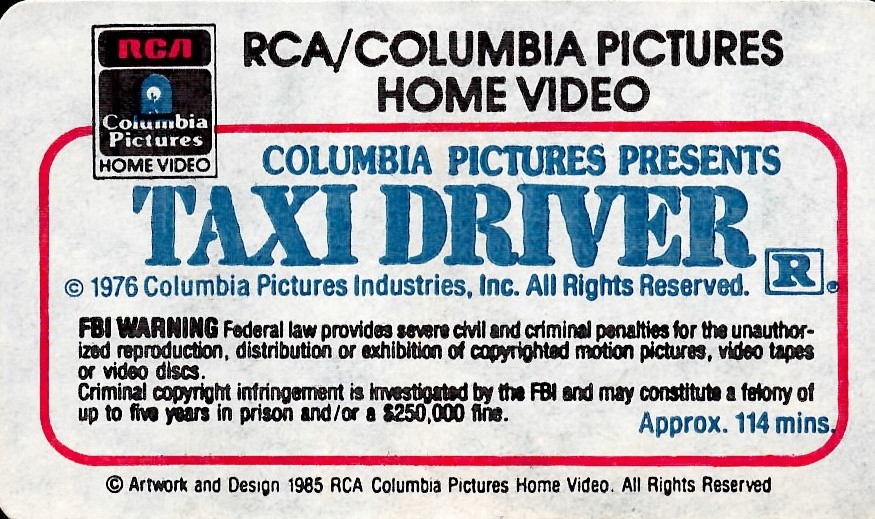 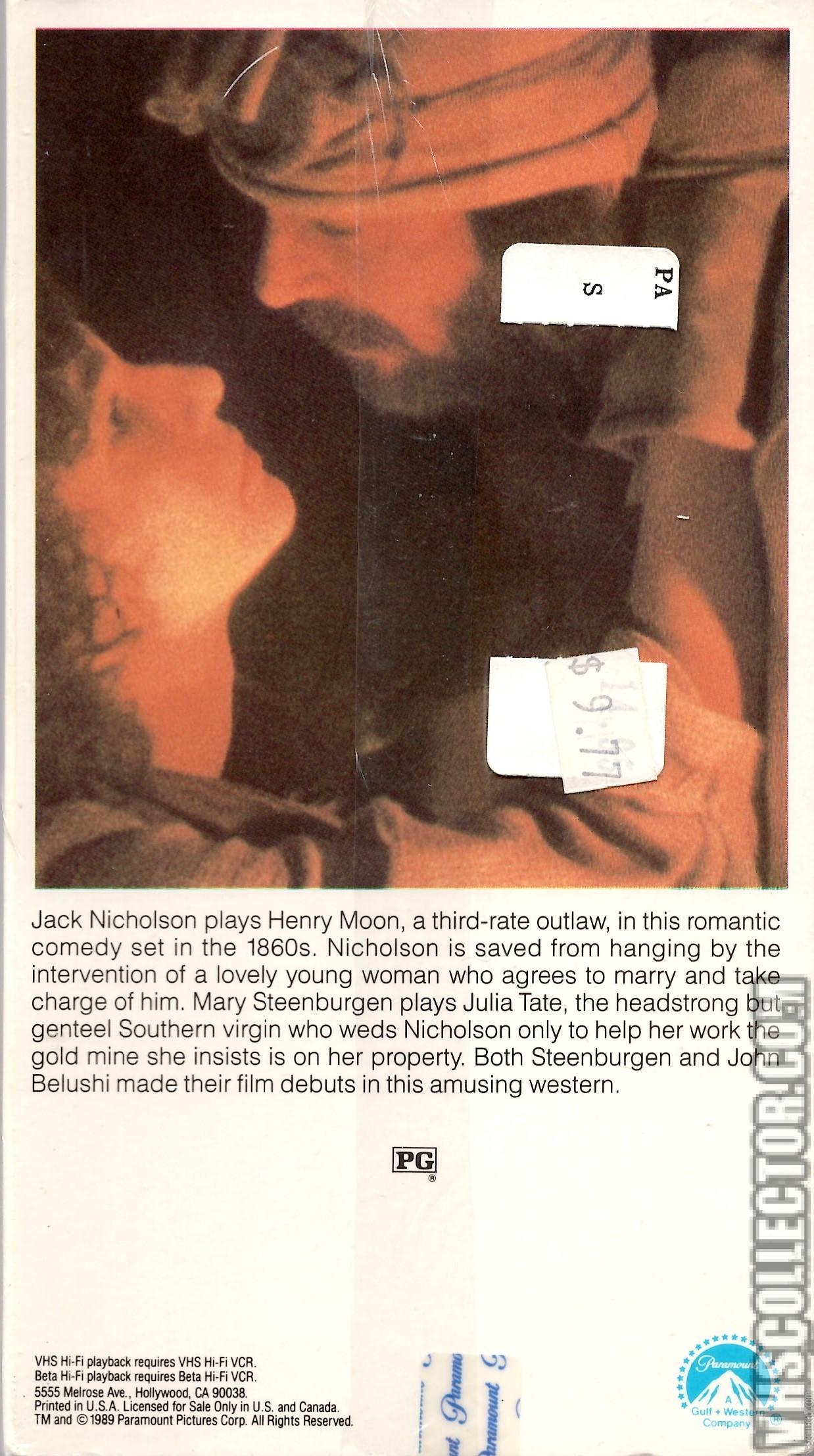 Additional Information
There aren't any trailers on this release.
Rated R
Hi-Fi

On every street in every city, there's a nobody who dreams of being a somebody.

"All the animals come out at night" -- and one of them is a cabby about to snap. In Martin Scorsese's classic 1970s drama, insomniac ex-Marine Travis Bickle (Robert De Niro) works the nightshift, driving his cab throughout decaying mid-'70s New York City, wishing for a "real rain" to wash the "scum" off the neon-lit streets. Chronically alone, Travis cannot connect with anyone, not even with such other cabbies as blowhard Wizard (Peter Boyle). He becomes infatuated with vapid blonde presidential campaign worker Betsy (Cybill Shepherd), who agrees to a date and then spurns Travis when he cluelessly takes her to a porno movie. After an encounter with a malevolent fare (played by Scorsese), the increasingly paranoid Travis begins to condition (and arm) himself for his imagined destiny, a mission that mutates from assassinating Betsy's candidate, Charles Palatine (Leonard Harris), to violently "saving" teen hooker Iris (Jodie Foster) from her pimp, Sport (Harvey Keitel). Travis' bloodbath turns him into a media hero; but has it truly calmed his mind? Written by Paul Schrader, Taxi Driver is an homage to and reworking of cinematic influences, a study of individual psychosis, and an acute diagnosis of the latently violent, media-fixated Vietnam era. Scorsese and Schrader structure Travis' mission to save Iris as a film noir version of John Ford's late Western The Searchers (1956), aligning Travis with a mythology of American heroism while exposing that myth's obsessively violent underpinnings. Yet Travis' military record and assassination attempt, as well as Palatine's political platitudes, also ground Taxi Driver in its historical moment of American in the 1970s. Employing such techniques as Godardian jump cuts and ellipses, expressive camera moves and angles, and garish colors, all punctuated by Bernard Herrmann's eerie final score (finished the day he died), Scorsese presents a Manhattan skewed through Travis' point-of-view, where De Niro's now-famous "You talkin' to me" improv becomes one more sign of Travis' madness. Shot during a New York summer heat wave and garbage strike, Taxi Driver got into trouble with the MPAA for its violence. Scorsese desaturated the color in the final shoot-out and got an R, and Taxi Driver surprised its unenthusiastic studio by becoming a box-office hit. Released in the Bicentennial year, after Vietnam, Watergate, and attention-getting attempts on President Ford's life, Taxi Driver's intense portrait of a man and a society unhinged spoke resonantly to the mid-'70s audience -- too resonantly in the case of attempted Reagan assassin and Foster fan John W. Hinckley. Taxi Driver went on to win the Palme d'Or at the Cannes Film Festival, but it lost the Best Picture Oscar to the more comforting Rocky. Anchored by De Niro's disturbing embodiment of "God's lonely man," Taxi Driver remains a striking milestone of both Scorsese's career and 1970s Hollywood.

Taxi Driver is a 1976 American vigilante film directed by Martin Scorsese and written by Paul Schrader. Set in New York City soon after the end of the Vietnam War, the film stars Robert De Niro and features Jodie Foster, Harvey Keitel, Cybill Shepherd, Peter Boyle, and Albert Brooks.
It is regularly cited by critics, film directors and audiences alike as one of the greatest films of all time. Nominated for four Academy Awards, including Best Picture, it won the Palme d'Or at the 1976 Cannes Film Festival. The American Film Institute ranked Taxi Driver as the 52nd greatest American film on their AFI's 100 Years…100 Movies (10th Anniversary Edition) list. In 2012, Sight & Sound named it the 31st best film ever created on its decadal critics' poll, ranked with The Godfather Part II, and the 5th greatest film ever on its directors' poll. The film was considered "culturally, historically or aesthetically" significant by the US Library of Congress and was selected for preservation in the National Film Registry in 1994

Filmed on a budget of $1.3 million, Taxi Driver was a financial success earning $28,262,574 in the United States,[22] making it the 17th-highest-grossing film of 1976.
Roger Ebert instantly praised it as one of the greatest films he’d ever seen, claiming:
"Taxi Driver" is a hell, from the opening shot of a cab emerging from stygian clouds of steam to the climactic killing scene in which the camera finally looks straight down. Scorsese wanted to look away from Travis's rejection; we almost want to look away from his life. But he's there, all right, and he's suffering.[23]

It was also nominated for four Academy Awards, including Best Picture, Best Actor (De Niro), and received the Palme d'Or, at the 1976 Cannes Film Festival.[24] It has been selected for preservation in the United States National Film Registry.[25] The film was chosen by Time as one of the 100 best films of all time.[26]

As of 2012, Rotten Tomatoes gives the film a score of 98% based on reviews from 60 critics.[27]
The July/August 2009 issue of Film Comment polled several critics on the best films to win the Palme d'Or at the Cannes Film Festival. Taxi Driver placed first above films such as Il Gattopardo, Viridiana, Blowup, The Conversation, Apocalypse Now, La Dolce Vita and Pulp Fiction.[28]
In the American Film Institute's top 50 movie villains of all time, Bickle was named the 30th greatest film villain. Empire also ranked him 18th in their "The 100 Greatest Movie Characters" poll