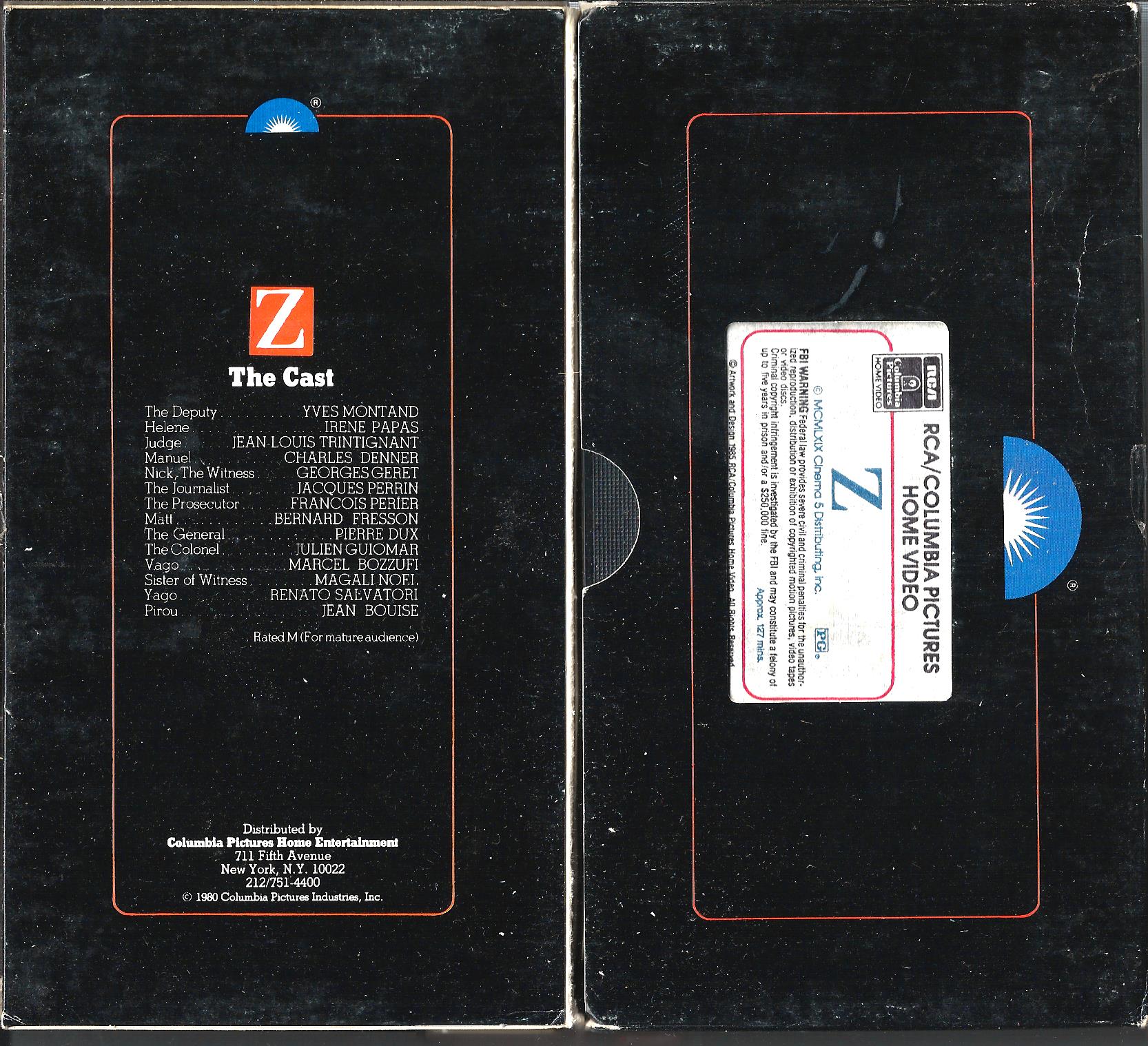 Additional Information
He is alive.


Z is one of the most politically insightful films ever made, exposing government hypocrisy and cover-up in the wake of a political assassination. Zei (Yves Montand) is a scientist who is scheduled to give a speech against the use of the atomic bomb. On the way to the event, he is attacked outside the auditorium by a group of right-wing extremists with political ties to the government as the police stand by and do nothing to intervene. He recovers long enough to make the speech but is later clubbed again and must undergo several surgeries, then dies during one of the procedures. A newspaper reporter finds a witness to the event and a judge willing to hear the case despite government protests. The ensuing trial reveals a government conspiracy, but the results of the trial are thrown out when a new government is formed by a military coup, which results in the intolerance that outlaws long hair, the Beatles, and any peaceful protests. Director Costa-Gavras used actual trial transcripts of the investigation into the May 22, 1963, assassination of Greek pacifist leader Gregoris Lambrakis, which proved a government conspiracy in his death. Yves Montand gives the best dramatic performance of his life, and Irene Papas stars as his wife, Helena. Z won the Oscar for Best Foreign Film of 1969, was 14th in terms of box-office success, and hit an international nerve in the age of social unrest, government cover-up, and political assassinations. All those involved worked on the film for a reduced rate with an option for royalties based on earnings at the theater window. The letter Z in the Greek alphabet means "he is alive"