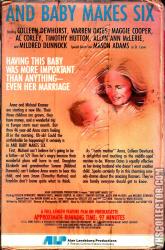 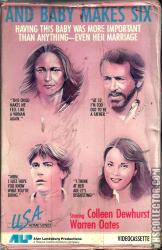 Additional Information
Middle-aged Colleen Dewhurst shocks her family-and herself-when she announces she is pregnant. Partly out of concern for her health, and partly out of selfishness, the family argues over whether or not she should go to term. Husband Pat Hingle is indecisive until he witness the baby's development via ultrasound. The film's final scenes are an amalgam of truly touching moments and bedslat comedy. Timothy Hutton makes one of his first major appearances as Dewhurst and Hingle's teenaged son. First telecast October 22, 1979, And Baby Makes Six was intended as the pilot for a weekly series; as it turned out, it yielded only a feature-length sequel, Baby Comes Home (1980)

A middle-aged couple with three grown children discover they soon will be parents once more and face a variety of emotional responses from family and friends. Timothy Hutton, on the brink of major screen stardom, is their teenaged son in this one, a sequel to which, "Baby Comes Home," turned up a year later.