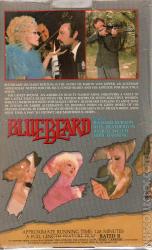 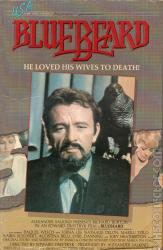 Additional Information
He had a WAY with the world's most beautiful, most seductive, most glamorous women ...he did AWAY with them.
Bluebeard loved all his wives passionately... to death!

Bluebeard is a 1972 thriller starring Richard Burton, Raquel Welch, Joey Heatherton and Sybil Danning, filmed in Budapest and Hungary by Edward Dmytryk and based on the classic story Bluebeard by Charles Perrault about a wealthy aristocrat (Burton) who murders his wives.

Set in Austria in the 1930s, Bluebeard is a World War I pilot with a reputation as a "ladykiller" and a frightening blue tinged beard. Honoured as hero by the Austrian public, the Baron's freezer holds a terrible secret that is discovered by his current wife (Joey Heatherton). The film uses extensive flashbacks to show how and why Bluebeard's wives met their grisly fates.