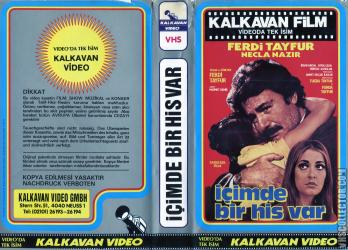 Catalog Number
NONE
-
Primary Distributor (If not listed, select "OTHER")
Kalkavan Video

Additional Information
Kalkavan video was one of the video distributors in Germany, who specialized to supply the Turkish migrants with Turkish-language films. The company had its headquarters in Neuss.

In addition to harmless family entertainment, popular Bollywood films or domestic productions they released cult-classics like; "Turkish Rambo waste-Vahsi Kan"(1983) Some of these knock-of´s led to seizure orders against their products, wich made these titles being very sought after by collectors.
Related Links
Sinematurk (in Turkish)