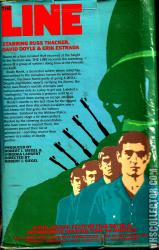 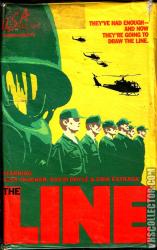 Additional Information
Where the American Dream ends and the death waltz begins.


When a drug-addicted, suicide-prone inmate, "Baby" Novik, is shot and killed trying to escape the military stockade at Fort Nix, two filmmakers, "T" and "S," arrive to make a documentary about the suspicious incident. Through interviews with the inmates, including Potofski, a close friend Novik, Novik's mother and a prison military captain, the filmmakers gradually learn of the brutality constantly endured by the prisoners at the hands of sadistic Sergeant Hook: Sensing that Novik is weak, Hook particularly harasses the young man, at one point breaking his finger when Novik is in solitary confinement. Unable to bear the brutality, Novik attempts suicide by various means, including cutting himself with a razor blade, hanging himself with bandages and pushing his head out a window, all in vain. During a half-hearted bid for freedom, Novik is shot. "T" and "S" remain at the stockade to gather further material for their film. Deeply distressed by Novik's death, which is tantamount to murder, Potofski organizes an uprising, encouraging the inmates to destroy their living area and refuse to cooperate with Hook and the guards. When people from the nearby town learn of the uprising, they gather at the prison, eventually breaking down the gates, only to have the guards open fire and kill several of them. Having captured the incident on film, "T" and "S" leave the stockade, but at a local diner are set upon and beaten up by MPs who then confiscate their film. Back at the stockade, Hook has Potofski tortured outside while the other inmates are forced to clean up the residue of the murdered protestors.

This drama contains a strongly anti-military message as it presents the supposed abuses that go on inside US military stockades. The story is set in the fictitious Fort Nix (based on Fort Dix, New Jersey where many of the accounts the film is based on came from), and contains scenes of graphic violence as it tells the prisoners' tales.