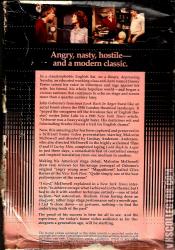 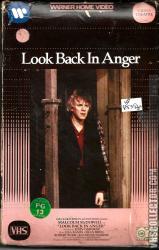 Look Back in Anger

Additional Information
Look Back in Anger is a 1980 British film starring Malcolm McDowell, Lisa Banes and Fran Brill, and directed by Lindsay Anderson and David Hugh Jones. The film is based on John Osborne's play Look Back in Anger.

Lindsay Anderson, who had previously worked with Malcolm McDowell on if.... and O Lucky Man!, translated Ted Craig's Roundabout Theatre Company production (in which McDowell was starring) to the screen, and taped results in three day

Malcolm McDowell reprises his stage performance as Jimmy Porter, the quintessential British "angry young man," in this video adaptation of John Osborne's ground-breaking play. The play begins one dreary Sunday morning, as Jimmy rants and raves against the entire world, including his family, British society, politicians, and women, especially his own wife, Alison. About the only person he does get along with is Alison's close friend and near-constant companion Cliff Lewis, a member of the working-class that Jimmy so strongly identifies himself with, despite his education and comfortable upbringing. Given his continually abrasive, hate-filled manner, it is no wonder that Alison is afraid to share an important secret with him: that she has become pregnant. She invites an old friend, Helena Charles, to visit, seeking advice; this only provokes Jimmy further, as he considers Helena a mortal enemy. Tensions soon grow stronger amongst the members of this makeshift household, and after a sudden tragedy, allegiances shift in a rather unexpected fashion. Director Lindsay Anderson, who had previously collaborated with McDowell on if... and Oh Lucky Man!, translated Ted Craig's Roundabout Theatre production to the screen, taping the end result in merely three days.