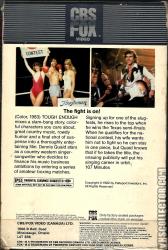 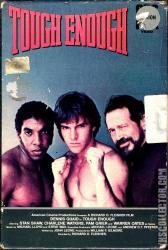 They are big! They are bad! But are they tough enough to beat the Country Western Warrior?


In this sports-oriented drama, Art Long (Dennis Quaid), a loser as a country singer, starts competing in local fist-fight matches in order to bring home a little extra cash -- and is caught up in his successes enough to continue on to the big national finals. Predictable from the first round onwards, Long is supported by his wife (Carlene Watkins), his father (Wilford Brimley), his mother (Fran Ryan), his friends, his fight promoter (Warren Oates) and just about everyone except his opponents in the ring.

This was the final film role for Warren Oates. Filmed in late 1981, it was released over one year after his death.

A down-on-his-luck country & western singer from Fort Worth enters a "toughman" competition to help pay his family's bills. Surprisingly, he does well against the other fighters and wins enough matches to qualify for a national championship. An unexpected break forces him to choose between his passion for his music career and his new-found success.

Art Long wanted to be a country singer, but has been supporting his family by working as tree-trimmer. Tired of this, Art turns to entering Tough Man boxing contests, in which the fighters beat each other brutally. As Art sinks into this violent world, he drifts further away from his dream of a musical career, and his wife Caroline watches and worries about her husband.