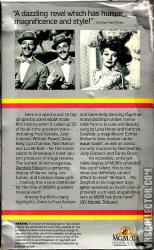 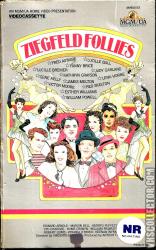 Ziegfeld Follies is a 1946 Hollywood musical comedy film released by Metro-Goldwyn-Mayer and directed by Lemuel Ayers, Roy Del Ruth, Robert Lewis, Vincente Minnelli, Merrill Pye, George Sidney and Charles Walters. It stars many of MGM leading talents, including Fred Astaire, Lucille Ball, Lucille Bremer, Fanny Brice (the only member of the ensemble who was a star of the original Follies), Judy Garland, Kathryn Grayson, Lena Horne, Gene Kelly, James Melton, Victor Moore, William Powell, Red Skelton, and Esther Williams.
Producer Arthur Freed wanted to create a film along the lines of the Ziegfeld Follies Broadway shows and so the film is composed of a sequence of unrelated lavish musical numbers and comedy sketches. Filmed in 1944, '45 and '46,[3] it was released in 1946, to considerable critical and box-office success.
The film was entered into the 1947 Cannes Film Festival.

The New York Times ; "The film's best numbers [-] are a couple of comedy skits, especially one done by Red Skelton. Fanny Brice plays a Bronx hausfrau quite [-] funnily. Judy Garland is also amusing as a movie queen giving an interview. Ziegfeld Follies is entertaining - and that's what it's meant to be!" (Bosley Crowther).
Newsweek ; "At least three of the numbers would highlight any review on stage and screen. In A Great Lady has an Interview, Judy Garland, with six leading men, displays an unexpected flair for occupational satire. With Numbers Please Keenan Wynn demonstrates, once again, that he is one of Hollywood's foremost comedians. But the dance act for the archives is The Babbitt and the Bromide [-] Fred Astaire and Gene Kelly trade taps and double-takes to a photo finish

The presence of William Powell as legendary showman Flo Ziegfeld at the beginning of Ziegfeld Follies might lead an impressionable viewer from thinking that this 1946 film is a Technicolor sequel to the 1936 Oscar-winning The Great Ziegfeld. Not so: this is more in the line of an all-star revue, much like such early talkies as Hollywood Revue of 1929 and Paramount on Parade. We meet a grayed, immaculately garbed Ziegfeld in Paradise (his daily diary entry reads "Another heavenly day"), where he looks down upon the world and muses over the sort of show he'd be putting on were he still alive. Evidently Ziegfeld's shade has something of a celestial conduit to Metro-Goldwyn-Mayer studios, since his "dream" show is populated almost exclusively by MGM stars. Vincente Minnelli is given sole directorial credit at the beginning of the film, though many of the individual "acts" were helmed by other hands. The Bunin puppets offer a tableau depicting anxious theatregoers piling into a Broadway theatre, as well as caricatures of Ziegfeld's greatest stars. The opening number, "Meet the Ladies", spotlights a whip-wielding (!) Lucille Ball, a bevy of chorus girls dressed as panthers, and, briefly, Margaret O'Brien. Kathryn Grayson and "The Ziegfeld Girls" perform "There's Beauty Everywhere." Victor Moore and Edward Arnold show up in an impressionistically staged adaptation of the comedy chestnut "Pay the Two Dollars". Fred Astaire and Lucille Bremer (a teaming which evidently held high hopes for MGM) dance to the tune of "This Heart is Mine." "Number Please" features Keenan Wynn in an appallingly unfunny rendition of an old comedy sketch (performed far better as "Alexander 2222" in Abbott and Costello's Who Done It?) Lena Horne, strategically placed in the film at a juncture that could be edited out in certain racist communities, sings "Love". Red Skelton stars in the film's comedy highlight, "When Television Comes"-which is actually Skelton's classic "Guzzler's Gin" routine (this sequence was filmed late in 1944, just before Red's entry into the armed services). Astaire and Bremer return for a lively rendition of "Limehouse Blues". Judy Garland, lampooning every Hollywood glamour queen known to man, stops the show with "The Interview". Even better is the the historical one-time-only teaming of Fred Astaire and Gene Kelly in "The Babbitt and the Bromide". The excellence of these sequence compensate for the mediocrity of "The Sweepstakes Ticket", wherein Fanny Brice screams her way through a dull comedy sketch with Hume Cronyn (originally removed from the US prints of Ziegfeld Follies, this sequence was restored for television). Excised from the final release print (pared down to 110 minutes, from a monumental 273 minutes!) was Judy Garland's rendition of "Liza", a duet featuring Garland and Mickey Rooney, and a "Baby Snooks" sketch featuring Fanny Brice, Hanley Stafford and B. S. Pully. A troubled and attenuated production, Ziegfeld Follies proved worth the effort when the film rang up a $2 million profit.