History / Information
Magnetic Video Corporation was established by Andre Blay in 1968 and based in Farmington Hills, Michigan. In 1977 it became the first corporation to release theatrical motion pictures onto Betamax and VHS videocassette for consumer use. (Cartridge Television, Inc. preceded it in 1972 when it introduced the Avco Cartrivision home VCR with a line of major motion pictures available for rent on the Cartrivision videocassette format. Cartrivision went off the market thirteen months after its debut.) Magnetic Video is notable for its contribution to the birth of the modern-day home video empire and the birth of video rental systems. In the fall of 1977, Blay came up with the idea to release pre-recorded motion pictures on videocassette. That year, he convinced Twentieth Century Fox, which was then in financial difficulty, to license fifty of their films for home video release in VHS and Betamax formats. Blay also established the Video Club of America in order to sell the titles directly to consumers by mail. That same year, George Atkinson bought one Betamax and one VHS copy of each of the first 50 movie titles from Magnetic Video that were then being sold to the public and established the Video Station rental company from a storefront in Los Angeles. He charged $50 for an "annual membership" and $100 for a "lifetime membership," which provided the opportunity to rent the videos for $10 a day. This and similar video stores were a success, and Magnetic Video took off, adding titles from the following companies in the next four years, in addition to continuing to release original titles from Fox: 1978: Viacom, RBC Films/The Charles Chaplin estate, and Avco-Embassy Pictures 1979: Brut Productions, Bill Burrud Productions, and Pathé newsreels 1980: ABC Pictures, ITC (Magnetic's first release from ITC was The Muppet Movie), and American Film Theatre 1981: United Artists (including pre-1950 Warner Bros. classics which were owned by UA at that time), in addition to establishing short-lived sports and laserdisc divisions. The Magnetic Video project was such a success that it soon came over to the United Kingdom as "Magnetic Video UK" in 1978. Not long after, Australia also obtained Magnetic Video's VHSs; there, it was called "Magnetic Video Australia". In March 1980,[1] Fox purchased Magnetic Video, which was a small OTC traded public company (Blay was a major shareholder and Chairman). In 1982, shortly after Blay's departure from the company, Fox reorganized Magnetic Video into 20th Century Fox Video. Around the same time, Magnetic Video began to issue films in laserdisc format. Later that same year, Fox merged its video operations with CBS Video Enterprises, resulting in the creation of CBS/Fox Video in November 1982. (source: http://en.wikipedia.org/wiki/Magnetic_Video) 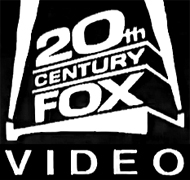