History / Information
Monterey Media Inc. started as a home video company founded in 1982 by Scott Mansfield. Monterey is the second sub-label of NCB Entertainment, after FHE. After many years the company has now expanded from home video into independent theatrical distribution, film festivals, and other venues including television, digital delivery and home entertainment markets. Its first release was Deadly Games, a film made by Mansfield. Mansfield then released more titles under the Monterey label; early releases included a Dorsey Burnette tribute concert, a Sandahl Bergman aerobic dance video, Dynamite Chicken, a concert by The Tubes, Oh, Alfie!, The Werewolf of Washington, Can She Bake a Cherry Pie?, And Nothing But the Truth, Tomorrow, The Children of Sanchez, and Autumn Born.[2] The company also distribute some Grateful Dead concert films, including The Grateful Dead Movie and Dead Ahead. Currently, they distribute their films at festivals and events, in theaters, and on DVD and VOD, including feature films, documentaries, self-help videos, and PBS programs. (https://en.wikipedia.org/wiki/Monterey_Home_Video) 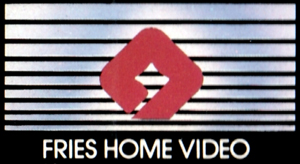