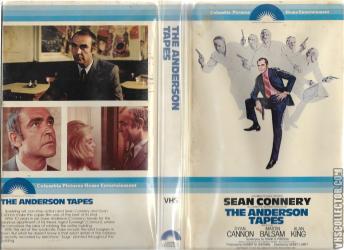 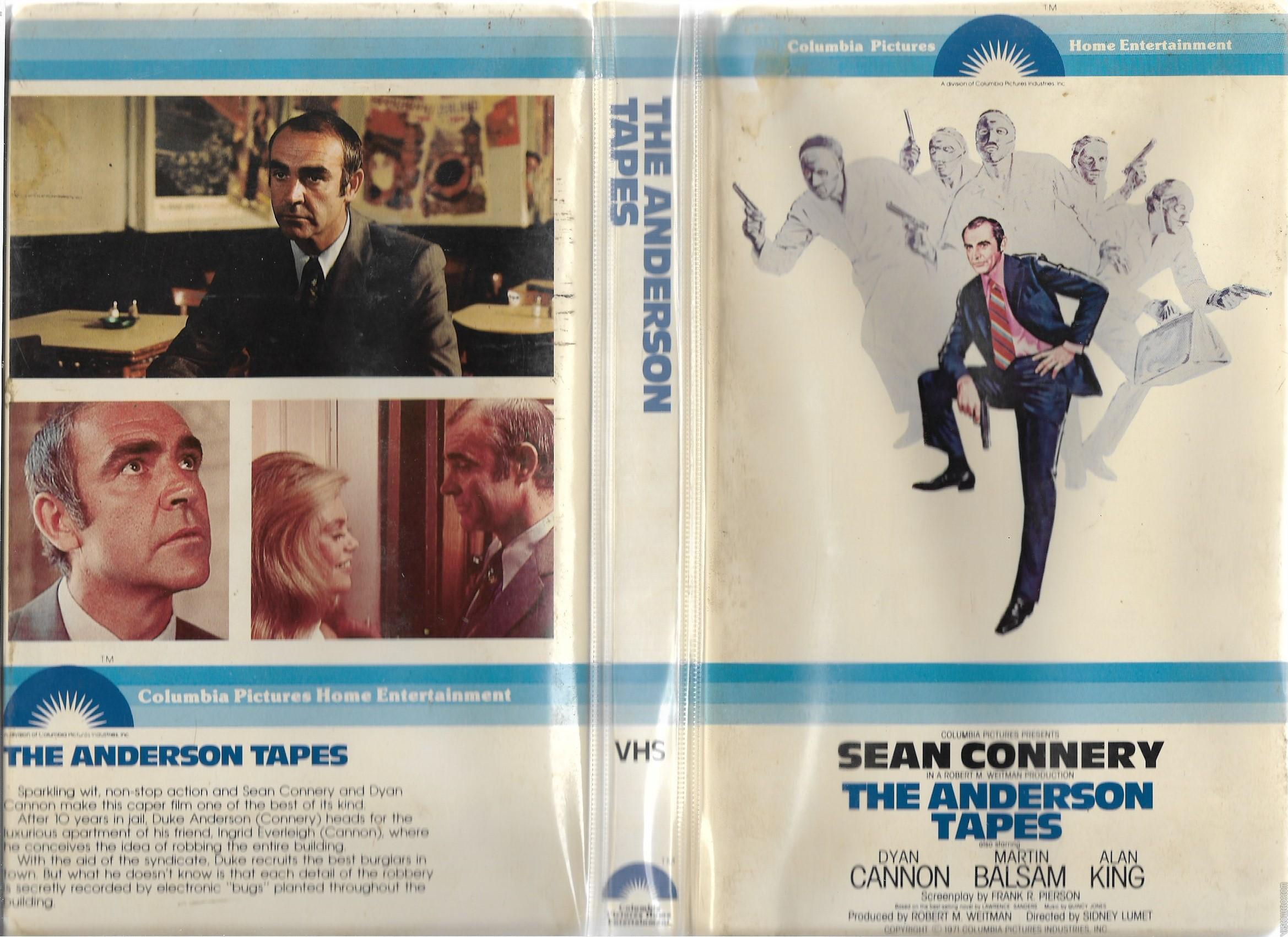 Additional Information
The Crime of the Century!

Every Secret, Every Betrayal, Caught On Tape.

Someone is listening... someone is watching... as the crime of the century unreels

This breathlessly paced high-tech thriller stars Sean Connery as Anderson, a career criminal who's just been released from his latest prison term. Seeking a quick financial turnover, Anderson uses mob funding to finance an ambitious robbery. With a gang of expert thieves, Anderson sets about to rob every wealthy tenant of a fancy East Side apartment building. What he doesn't know is that every move he makes is being monitored and taped by several law-enforcement agencies, who hope that Anderson will lead them to the Mob kingpins. Though the film may look like a "comment" on the Watergate break-in, The Anderson Tapes actually preceded that third-rate burglary by nearly two years. The Anderson Tapes boasts an impressive supporting cast, many of whom play wildly against type, including Alan King as an aging and infirm Mafia don. ~

The Anderson Tapes is a 1971 American crime film directed by Sidney Lumet, starring Sean Connery and featuring Dyan Cannon, Martin Balsam, and comedian Alan King. The screenplay was written by Frank Pierson, based upon a best-selling 1970 novel of the same name by Lawrence Sanders. The film is scored by Quincy Jones and marks the feature film debut for Christopher Walken.

Revolving around a bold robbery, the film was prescient in focusing on the pervasiveness of electronic surveillance, from security cameras in public places to more discreet and underhanded methods, the first film to do so.[1] This theme would become a movie staple following the Watergate scandal a few years later, for example, the 1974 film The Conversation.

Burglar John "Duke" Anderson is released after ten years in prison. He renews his relationship with his old girlfriend, Ingrid. She lives in a high-class apartment block (1 East 91st Street) in New York City and Anderson, almost instantly, decides to burgle the entire building in a single sweep — filling a furniture van with the proceeds. He gains financing from a nostalgic Mafia boss and gathers his four-man crew. Also included is an old ex-con drunk, "Pop", whom Anderson met in jail, and who is to play concierge while the real one is bound and gagged in the cellar.

Less welcome is a man the Mafia foists onto Anderson — the thuggish "Socks". Socks is a psychopath who has become a liability to the mob and, as part of the deal, Anderson must kill him in the course of the robbery. Anderson is not keen on this, since the operation is complicated enough, but is forced to go along.

Anderson has unwittingly entered a world of pervasive surveillance — the agents, cameras, bugs, and tracking devices of numerous public and private agencies see almost the entire operation from the earliest planning to the execution. As Anderson advances the scheme, he moves from the surveillance of one group to another as locations or individuals change. These include a private detective hired to eavesdrop on Anderson's girlfriend who is also the mistress of a wealthy man; the BNDD, who are checking over a released drug dealer; the FBI, investigating Black activists and the interstate smuggling of antiques; and the IRS, which is after the mob boss who is financing the operation. Yet, because the various federal, state and city agencies performing the surveillance are all after different goals, none of them is able to "connect the dots" and anticipate the robbery.

The operation proceeds over a Labor Day weekend. Disguised as a Mayflower moving and storage crew, the crooks cut telephone and alarm wires and move up through the building, gathering the residents as they go and robbing each apartment.

(The scenes of the residents being seized, and in some cases assaulted, are shown in contrast to them giving statements to the police after the robbery, which appears to indicate that it succeeded.)

However, the son of two of the residents is a paraplegic and asthmatic who is left behind in his air-conditioned room. Using his amateur radio equipment, he calls up other radio amateurs, based in Hawaii, Portland, Maine and Wichita Falls (said to be in Kansas), who contact the police. The alarm is thus raised, after some problems as to which side (callers or emergency services) should take the phone bill.

As the oblivious criminals work, the police array enormous forces outside to prevent their escape and send a team in via a neighboring rooftop.

In the shootout that follows, Anderson kills Socks, but is himself shot by the police. The other robbers are killed, injured or captured, but none gets away with it. Pop gives himself up after letting the police believe that he is the real concierge for a while. Having never adapted to life on the outside, he looks forward to going back to prison.

In the course of searching the building, the police discover some audio listening equipment left behind by the private detective who was hired to check up on Ingrid and track it to find Anderson in critical condition after having tried to escape. To avoid embarrassment over the failing to discover the robbery despite having Anderson on tape in several surveillance operations, and since many of the recordings were illegal, the agencies order the tapes to be erased.
Related Links
NY Times
Roger Ebert
New York Mag
Variety
TCM Article
Every 70s Movie
Scopophilia
Cleveland Press
Video Clip: Trailer
Video Clip: TCM Intro