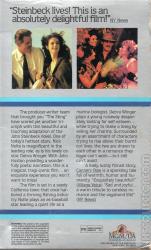 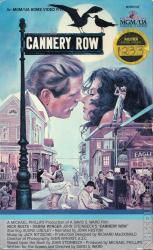 Additional Information
: You don't have to be crazy to live here...but it helps.

In his two-and-a-half star review, film critic Roger Ebert wrote of the film, "The movie is almost always good to look at, thanks to Richard MacDonald's sets (he linked together two giant sound stages) and Sven Nykvist's photography. And Nolte and Winger are almost able to make their relationship work, if only it didn't seem scripted out of old country songs and lonely hearts columns. It's tough to pull off a movie like this, in the semi-cynical 1980s (it would have been impossible in the truly cynical seventies). I guess we no longer believe in the essential heroism of the little guy, and in the proposition that anyone can succeed with a little luck
Related Links
Article
At Oscars