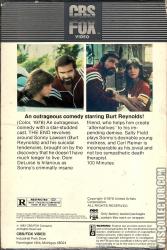 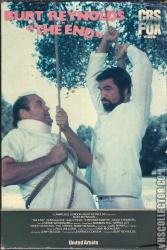 Additional Information
Are there laughs before death?

Think Of Death As A Pie In The Face From God.

A comedy for you and your next of kin.


At the beginning of The End, Wendell Sonny Lawson (Burt Reynolds) is informed by his doctor that he's dying from "the same thing Ali MacGraw had in Love Story." Lawson's first reaction is to cry uncontrollably, much to the discomfort of his fellow elevator passengers. He heads to a nearby church to confess all his sins, only to be distracted by the wide-eyed fecklessness of the novice priest (Robby Benson). Attempting to resolve a few issues with ex-wife Mary Ellen (Sally Field), daughter Julie (Kristy McNichol), and his parents (Myrna Loy and Pat O'Brien), Lawson finds that they're all too absorbed in their own problems to pay him any attention. At the end of his rope, Lawson decides to kill himself -- with the help of a nutty mental patient (Dom DeLuise).