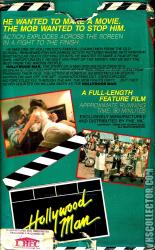 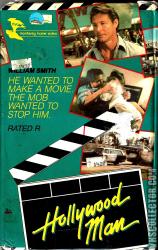 Additional Information
Nobody's going to stop him from makThis low-budget action saga concerns Rafe Stoker, a screen idol turned film director so desperate to finish making his new opus that he enlists the financial support of the mafia. In the process, Rafe makes a series of high-flown promises to the lending thugs, including a completed film and payback out of the profits within four weeks. Unfortunately, though, the movie takes longer than anticipated, and Rafe winds up at the mercy of a cadre of redneck bikers intent on sabotaging the film for Rafe's collateral. Soon, Rafe has to both fight to finish the picture, and fend off such elements as ruthless cops and evil snipers. ing his movie!