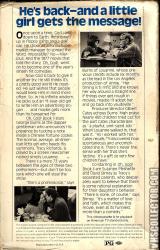 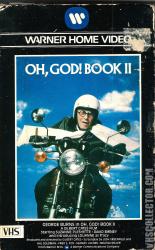 Additional Information
That's right, I made another movie. You know me, I can't stop creating.

In this mild sequel to the 1977 appearance of George Burns as God, the Heavenly Father shows up again, this time to talk to Tracy (Louanne), a young girl whose earthly father (David Birney) is in the advertising business. God's intention is to promote himself among the children first. Tracy comes up with a way to further awareness of the Supreme Being with posters and graffiti that say "Think God." She and her classmates set out on this campaign, but Tracy ends up facing a phalanx of psychiatrists for talking to an invisible God. Being who He is, God decides to finally make an appearance for the benefit of everyone


In this sequel, God asks the help of 11-year-old Tracy Richards (Louanne) to help promote Himself. Tracy creates the slogan "Think God" and soon has her friends spreading the message by posters, graffiti and other ways. But Tracy's parents and psychiatrists think the young girl is just crazy. God is the only one that can straighten out the situation.