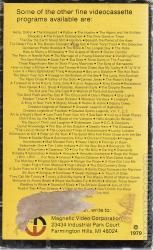 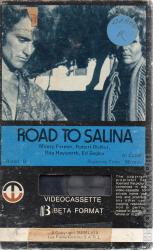 Additional Information
In the U.S. Road to Salina had a modest and brief release. Its play-date was usually on the lower half of a double feature.[3]
Kevin Thomas of the Los Angeles Times called it " An admirable ambitious film of strictly sophisticated appeal." He described the film as:" A fable showing how tragedy can occur when reality intrudes upon the lonely lives of those who live in a world of fantasy". The review in Newsday called Road to Salina " A very strange film... More perversely compelling than it has a right to be".[4] In The Village Voice, Robert Colaciello wrote: " If your taste runs to 70s actors having 60s sex in a 50s film so that a 40s star can suffer, then Road to Salina is for you