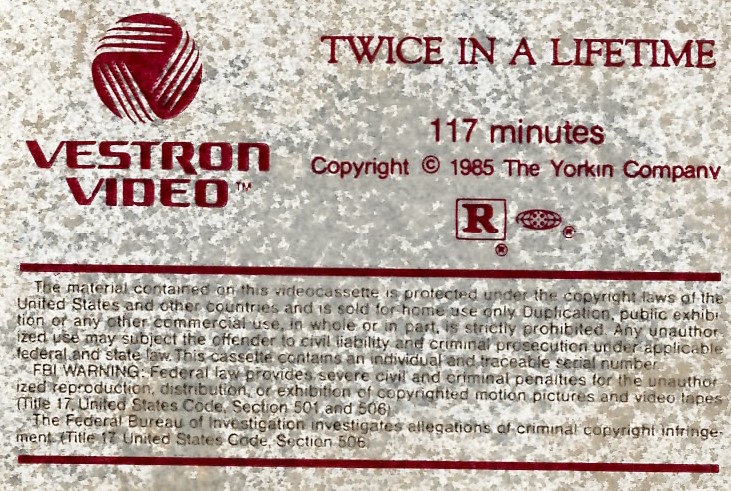 Twice In A Lifetime

FOR BETTER OR FOR WORSE. BUT NOT ALWAYS FOREVER.

On the occasion of his 50th birthday, blue-collar family man Gene Hackman is possessed by our old friend, The Mid-Life Crisis. Visiting a local tavern, Hackman becomes enchanted by gorgeous barmaid Ann-Margret. In less time than it takes to down his beer, he has resolved to leave his wife Ellen Burstyn, and his daughters Ally Sheedy and Amy Madigan, in favor of a fresh start with his sexy new "conquest." The film deals not so much with Hackman's impulsive decision as with the genuine pain he leaves in his wake. Madigan's vituperative lash-out at her father is one of many heartbreaking moments of truth in this refreshingly cliché-free domestic drama. The perceptive screenplay for Twice in a Lifetime was written by Colin Welland; the film's theme music was composed by Paul McCartney.

Harry McKenzie works in a factory by day and comes home to comfortable marriage at night, but it lacks excitement and passion. For his 50th birthday, his wife Kate blithely tells him to just go to his favorite corner tavern and have a good time.
An attractive barmaid, Audrey Minelli, captures his interest. Harry falls for her and, before long, shocks Kate by requesting a divorce. This horrifies their daughters, particularly Sunny, who is having a difficult marriage of her own, and Helen, who is about to be wed.

Kate goes through a difficult period of adjustment. She eventually lands a job in a beauty salon, changes her appearance and tries to adopt a new outlook on life. But by the time Harry brings Audrey to his daughter Helen's wedding, old wounds open up that continue to keep the family members apart.