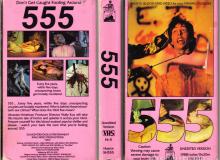 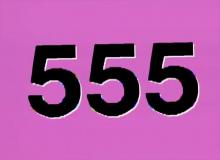 SH555 - Slaughterhouse Entertainment | 1988 | VHS | Slipcase
Summary
Every five years, within five days, unsuspecting couples are brutally murdered. Who is behind these bloodbath sex crimes? What does the third five mean? Ukrainian-American producer director Wally Koz will take this bizarre tale of horror and splatter it across your mind.”
Body

I first came across this one looking for titles to purchase on eBay. I remember seeing it in a lot with maybe 4 or 5 other horror titles, but of course, everyone's eyes were on 555. The packaging is damn close to perfection: an actual photograph from the movie of a head being decapitated by a machete, another photo of a nude woman being gutted by a knife and several ridiculous taglines - all this on a hot pink sleeve. The only thing lacking from this release is a provocative title, but 555 has an air of mystery to it that somehow fits. At the time, I paid a whopping $50 for it, an astronomical price for a videocassette way back when. 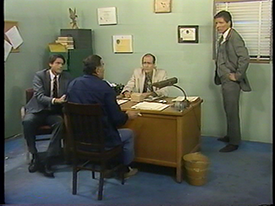 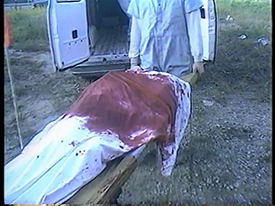 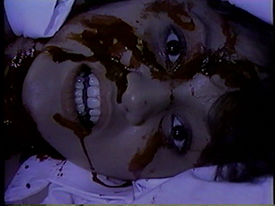 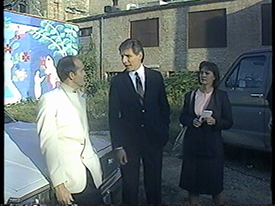 Upon watching the video, I sought out the director, Wally Koz. This wasn't something I normally did, but the oddity of the release itself and the director's strange name intrigued me. I eventually found his e-mail online and had a brief correspondence with him, where he sent me a black and white behind the scenes photo from the movie. I had an inkling that I wasn't the only weirdo that reached out to him regarding this movie. I later found out there were signed copies of 555 floating around, which to me meant the guy truly did appreciate his fans. He died shortly thereafter. 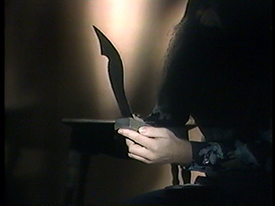 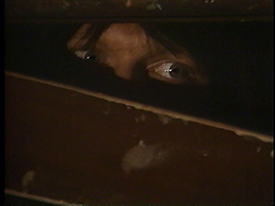 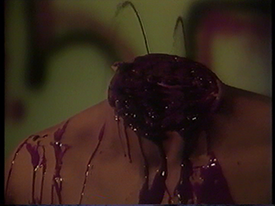 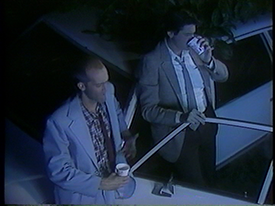 The film is one of the better shot on video slasher features that appeared in the late 80s. Decent acting, witty script, good gore, decent synth tracks - its just an all around fun movie. Although a slasher film on the surface, it's also a nod to the noir era. The premise revolves around a serial killer who kills one couple a night for five days, every five years. The killer comes of as a hellbent psycho hippy. Trying to track him down is a team of detectives and a journalist. Some of the dialogue is charming and hard to forget. For instance, a reporter mining the police for information on the crimes, says to a detective, “Listen to me you stubborn Irish cocksucker, I’m too good a lay for any man to get rid of.” But of course, this type of film is not without its shortcomings. For instance, the screams of of the victims are horribly dubbed, but of course, some might say this adds to the movie's charm. The film ends with a gore montage of clips and stills. Koz was certainly proud of what he was able to conjure up (or just padding out the running time, either way, it works). 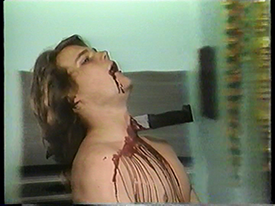 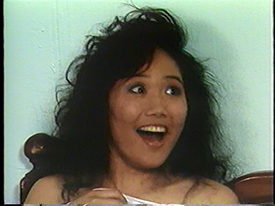 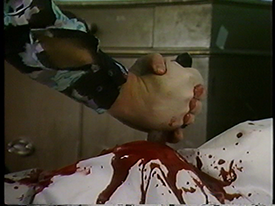 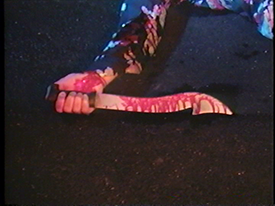 During the mid-80s, there was a massive demand for new video content. Betacams and camcorders made it possible for amateurs to fill that void. 555 was a gruesome Koz family project that delivered on every level. Had the thing been shot on film, it would have likely gotten major home video distribution through labels such as Trans World Entertainment or Magnum Entertainment. But alas, its format banished it to video Hell for decades before resurfacing and getting DVD distribution through Massacre Video. Little known fact, Louis Justin of Massacre Video approached me years ago to invest in purchasing the rights to 555 from Wally Koz's brother. I turned it down to focus on transforming SlasherIndex.com into VHSCollector.com.

Below is my original YouTube review shot years back.