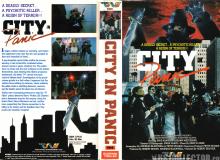 53001 - Trans World Entertainment | 1987 | VHS | Clamshell
Summary
“A psychopathic serial killer stalks the streets, leaving a trail of horribly mutilated bodies strewn across a panic-stricken city… The only evidence is the bodies themselves, each bearing the killer’s gruesome trademark: the letter 'M' carved into the victim’s lifeless body!”
Body

City In Panic was one of those out of print slashers I was surprised to find for only a few bucks. Surprisingly, it still only has 6 user reviews and 154 votes on IMDb (probably much fewer when I originally reviewed it). The front cover shows a disguised giallo-esque killer hovering over a city and below him, a crowd of police officers and detectives. As cool as this sounds on paper, its really not. The killer is illustrated (while the cops are not) and reminds me of an incognito Michael Jackson. He is holding a nearly bloodless knife (the film is drenched it), even though the movie begins with two victims already dead. The title, City In Panic, doesn't help either, and reminds me of one of those blackout or terrorist type movies. But let there be no doubt, that this is in fact a slasher film. Although it isn't perfect (few slashers are) its quite fun and turns the formula on its head. Instead of voluptuous women being sliced and diced, we have men. But not just any men... gay men with AIDS. The film takes place during the rise of the AIDS epidemic in the late 80s. Although there were films that dealt with homosexuality at the time, few dared to tackle the topic of AIDS. This is likely the first horror film where the disease is used as a central plot device. 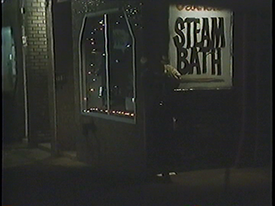 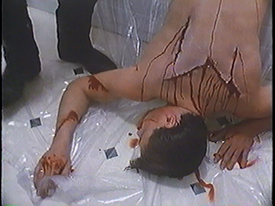 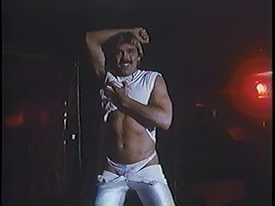 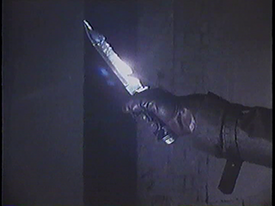 The film revolves around Dave, a radio talk show host, who's been criticizing Alex Ramsey, a newspaper columnist, for trying to whip the city up into a frenzy over the murders. He finds himself in the middle of the investigation when the police ask him to bait the killer over the air. We get a handful of interesting murders with excellent giallo imagery that is hard to forget - black boots, black fedora, black leather gloves, a knife glistening in the light, the silhouette of the killer, blood splashed on white walls... just well executed death scenes (pun intended). They include an homage to Alfred Hitchcock's famous shower scene (but with a guy of course), the death of a male stripper named He-Man (hit by a car and knifed), the glory hole castration of a security guard, the upside down slice-n-dice of one of Dave's bar buddies, and a few others. With each murder, the killer leaves their trademark - a large "M" carved into the victim's flesh. Their identity is finally revealed at the end (in case you haven't figured it out already) - It's Alex Ramsey's assistant, Elizabeth. She explains to Dave that she contracted AIDS from her now-deceased husband, and as a result, lost her unborn child. For this, she blames the gay community, particularly those who suffer from AIDS. The "M" she carved into the victims was the first initial of the unborn child's name, "Michael." Although styled as a whodunit, the filmmakers must've known how obvious the clues were. Not only do we get glimpses of Elizabeth's face during one of the murders (most films would've used a male stand-in for these scenes), we also see a very visible Fritz Lang "M" poster on the wall of her apartment. In addition, she's quite sick throughout the film, and even visits a doctor who tells her she has 6 months live (although its not yet revealed that the illness is AIDS). It doesn't take a tremendous amount of effort to put the pieces together. 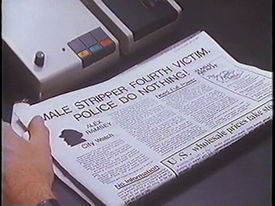 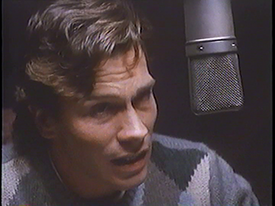 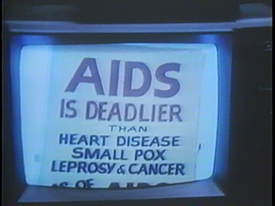 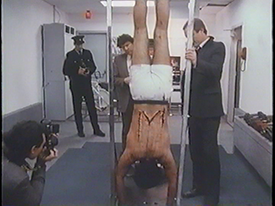 A few reviews I've read accused the film of being homophobic, but I I think they've missed the point. The film certainly has homophobic characters but its not homophobic itself. In fact, it makes an effort to point out the homophobia that was prevalent at the time. Besides, if the filmmakers were truly homophobic, do you really think they'd show the entire dance routine of a male stripper? I think not. But even if you do find it in poor taste to have a "sensitive" topic as a plot device in a slasher film, then my response is simply this: too bad, so sad. Artistic license should not be limited to what society deems appropriate, ESPECIALLY in this genre. Quite your virtue signalling and move along. Horror was never intended for the easily offended - let's keep it that way. 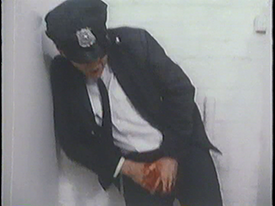 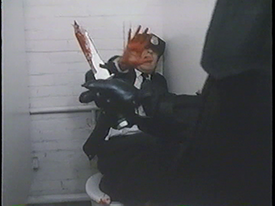 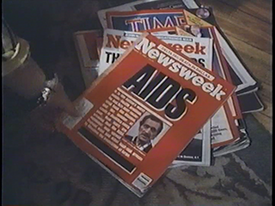 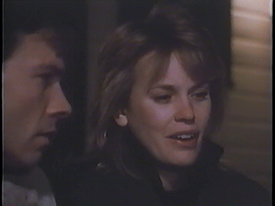 In the end, I totally recommend this one. If you don't mind clunky writing, a guy stripping down to a thong or a few insensitive comments, then you can probably get something out of this film. A few years ago, Massacre Video released the film to DVD, however, it was transferred from a tape master. I haven't seen it myself, but one reviewer on Amazon claimed the film was missing some shots. If this is true, it makes the DVD virtually worthless. But one must ask, where are the film elements? Do they exist? Or is this another case of the Analog Morons (filmmakers or studios who transferred their films to video and neglected their original elements, causing them to become lost)? Probably, but let's hope not!