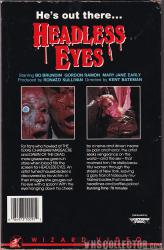 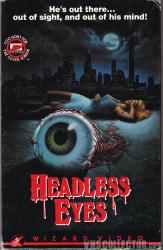 091 - Wizard Video | 1986 | VHS | Big Box
Summary
“With an eye hanging down his cheek and driven insane by pain and horror, the artist seeks vengeance on the world - and the sex - that maimed him. He stalks beautiful women through the streets of New York, leaving a gory trail of hideously mutilated bodies that makes headlines and baffles police!”
Body

Wizard Video never failed at delivering awesome titles with equally awesome artwork. The same couldn't always been said for the films themselves. However, Headless Eyes is enjoyable to some degree. If not for its artistry, then for being an absolutely absurd mess.The cover illustration is a Wizard Video classic. So much so, that Full Moon Entertainment recycled it for their direct-to-video release of The Evil Eye. Printed on cheap cardboard along with Wizard's previous release, Dreamaniac, Headless Eyes is the last of the the iconic big box releases from the original Wizard Video catalog. It's worth noting, that the two stills printed on the back of the box are not from this movie. Where are they from? Who knows. I wouldn't expect anything less from good ol' Charlie. 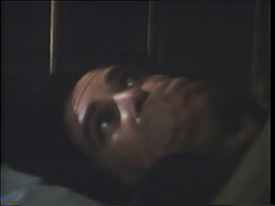 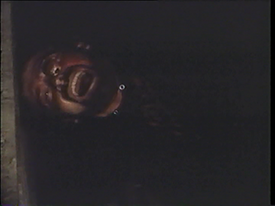 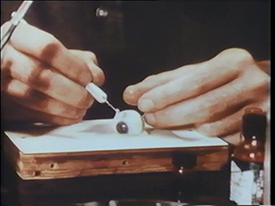 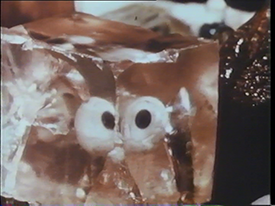 Headless Eyes comes off as a sloppy, yet ambitious, student project. The movie begins with a large balding man named Arthur, robbing a woman to pay his rent. She stabs him in the eye, which sets off the events that unfold in the movie. Now sporting an eye patch and pumped up with rage, he roams about New York City, hunting victims for fresh eyeballs. Why? For his art of course! He rents a building with store below it from which he sells his artwork (somehow he's able to afford this). By the time the movie starts, he has already taken the lives of over 10 victims, so we're basically dropped into the middle of his murderous escapades. Its difficult to feel a drop of sympathy for any of the victims who parade into his life, ultimately falling prey to his spoon. Many of them allow this creepy stranger into their homes with open arms. For instance, Arthur is laughed at by a couple looking into his storefront window. Unbeknownst to them, he follows them home. When he arrives at their door, the woman actually lets him inside - no questions asked. Never mind the fact that the guy followed them home in the first place, or creates creepy eyeball art (remember, the "Eye Killer" was already making newspaper headlines). It's not long before he bludgeons the two with a hammer and removes their eyes. This happens again with a hooker who invites him into her home after finding him on a street corner with his hands covered in blood. Moron. He takes care of her as well. Perhaps the director is making a statement on the sheep who worshiped artists like Andy Warhol? Probably. Anyway, after knocking off a few more victims, we finally reach the finale, where he gets himself locked inside a meat locker and is found frozen to death. 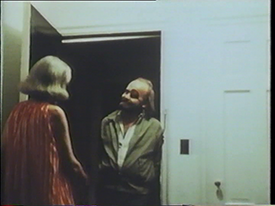 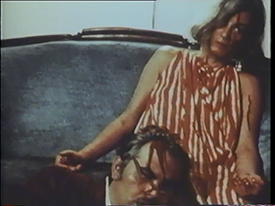 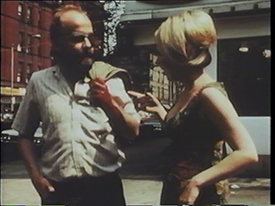 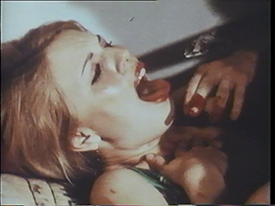 Financed by porn mogul Henri Pachard, the film must've been quite the shocker in 1971. Bo Brundin plays the lead, and would later find some success as an actor. The film's director, Kent Bateman (father of Jason Bateman), didn't go on to do too much more (as far as IMDb is concerned). Interestingly enough, Bateman left a review on IMDb years ago, explaining how the producer added scenes into his director's cut that he neither wrote nor directed. This was probably a kick in the balls for Kent, but lets be honest. These shots were probably gore-related and responsible for elevating the film to cult status. 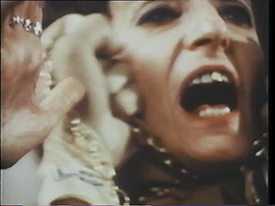 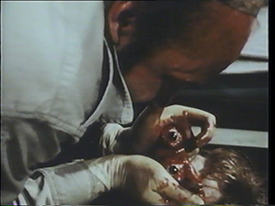 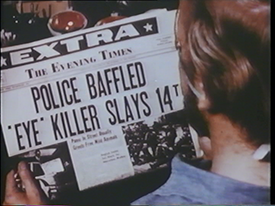 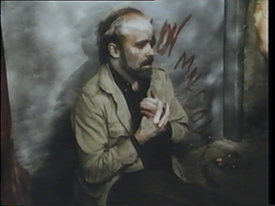 Although this is a terribly incompetent film (I guess some would call it experimental), there is some entertainment value to be had when you consider its context. For me personally, I absolutely love horror set in the Big Apple during the 70s and 80s. My favorite of those being Bill Lustig's infamous Maniac from 1981. Come to think of it, Maniac is much like Headless Eyes, in that they're both set in New York City, include leads who have an incoherent rant against women, who are interested in art and collecting body parts as trophies... both even include killers who manage to befriend a beautiful woman who winds up surviving. If you're like me and interested in character studies, especially those in horror genre, then check out Headless Eyes. It's a mess of a film, but when you consider when it was made, perhaps you'll realize how ahead of its time it was. Maybe not worthy of repeat viewings, but a decent enough proto-slasher.

Several years ago, Code Red released Headless Eyes to a bare-bones Blu-ray. This film isn't a must-have for me, so I'll just wait until someone releases it correctly (with bonus material). Below is my original YouTube review from many years ago.