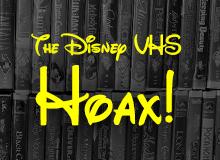 So recently, I’ve been bombarded with messages about these “Black Diamond” Disney VHS cassettes. In fact, a handful of the messages were people trying to sell them to me! It reminded me quite a bit about the Halloween (1978) VHS that sold for allegedly $13,000 on eBay back in 2013. It was one of the very first (but not the first) videos of Halloween released from Meda (Media) Home Entertainment in the late 70’s. The video is certainly a rarity and a gem to serious VHS collectors, but could it really be worth that much? 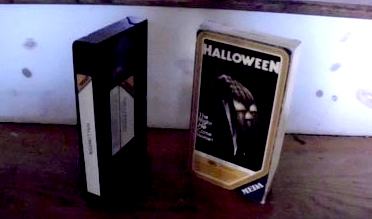 There’s a few things that people don’t seem to understand about eBay. Just because you see an item sold for x amount of dollars does not mean that anyone actually paid that much. Why would anyone in their right mind pay $13,000 for a cassette that had never broke $1000 on the market? This reveals a serious flaw in the way eBay displays sold items. It never accounts for whether or not the winner/buyer actually paid the winning amount. So then comes this question: Why would anyone bid a high price on an item they don’t plan to pay for? This is where shill bidding enters the picture. Sometimes a seller will use shill bidding to up the price of an item. This means having multiple eBay accounts and bidding on your own listings to garner interest. The Halloween cassette is an incredible success story of this. The story went viral, reinforcing the myth that this video is actually worth that much.

Now this brings me back to these “Black Diamond” Disney cassettes. Here we have the same situation, except it's become even more absurd. The Halloween tape, although not worth $13,000, is still a rare historic collectible. However, these Black Diamond Disney cassettes on the other hand, are among the most common videocassettes and found in nearly every second-hand store. So what's the deal here? Is this shill bidding or just some incredibly bored prankster trolling eBay? What makes the Disney situation so much more absurd than the Halloween one is that there are many many listings of these “Black Diamond” Beauty and the Beast cassettes that had “sold” for many thousands of dollars. So what’s going on? One theory suggests people are snatching up these original releases in fear that the studio would someday alter the film. But still, this does not justify the astronomical value we see these listed for on eBay. My theory is that the first several listings that “sold” for thousands were the result of shill bidding. From there, it spiraled out of control.

When folks around the country began reading stories on reputable news sites and blogs of how much the Beauty and the Beast cassettes were selling for, they ran to their closets for their own copies and created 5-figure  “Buy It Now” listings thinking they can cash-in on the phenomena (they totally fell for it). Then comes along an eBay troll or multiple trolls (they do exist), and they “buy” all of the high-priced Disney cassettes to perpetuate the myth that they’re actually worth something. Circumstantial evidence for these videos not actually selling for these high figures are all the Black Diamond cassettes that did sell at reasonable prices. So you have to ask yourself: If someone can buy a “Black Diamond” for less than (let’s be generous) $50 bucks, why would someone buy one for $15,000? Another clue: Four of the 5-figure cassettes "sold" on the same day, June 8th. Suspicious, don’t ya think? Another theory floating around is that perhaps certain folks are using these listings to launder money. Although a possibility, I find it unlikely, considering all the eBay fees involved.

No folks, your old Disney tapes are not worth anything

...except a few bucks at the local thrift shop or if you do actually have a rare one from the very early days of home video. Disney pumped out these "Black Diamond" cassettes on such a massive scale that I can’t imagine anyone believing that these videos would be worth anything, yet so many did (or continue to). Eventually (I hope), eBay will fix the flaw in how they display sold listings and all of these hoaxes will end.

Update January 2019: Three years later, I'm still receiving about two messages a month from individuals trying to sell me their Disney videocassettes for thousands of dollars. I've also recently visited the local Goodwill and they had stacks upon stacks of "Black Diamond" videocassettes they couldn't get rid of. Many of the mainstream news outlets that reported on their alleged high value never corrected or retracted their stories, so they're still floating around and people continue to believe them. Please... let this fantasy die already.