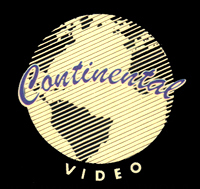 The company began in early 1984 as a collaboration between the father and son duo, Jack and Jim Silverman. Jack Silverman at this time was most famous for being the former president of the largest videocassette distributor/wholesaler in the country at the time, Commtron. Their first titles are released on June 15th, 1984. 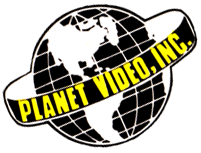 Planet Video
Similar logo, many of the same titles. A likely precursor to Continental Video.
11