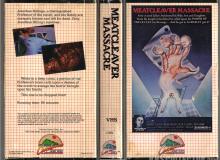 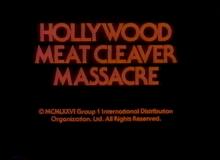 CHV 07 - Catalina Home Video | 1983 | VHS | Slipcase
Summary
“Jonathan Billings, distinguished professor of the occult, and his family are savagely beaten and left for dead. Only Jonathan survives. While in a deep coma, a portion of his brain calls upon a demon of the occult to avenge the horror brought upon his family. This one is no chopped liver!"
Body

Yet another title I picked up during my "massacre" hunts! Like the Blood Massacre review before this one, this also has a fantastic title. Meat cleavers and massacres seem to go hand in hand... if only it were true with this movie. In fact, there is not a single meat cleaver or mention of one in the entire movie. In the UK, this film is titled Evil Force. Perhaps the distributors purchased the film and re-titled it to appeal to the Texas Chainsaw Massacre audience? But as we've seen before, this is just another marketing fraud. A blatant lie. Its no wonder Christopher Lee sued the producers for using unrelated footage of himself (more on this later). But this isn't just another home video re-title. In fact, this thing went to theaters under the Meatcleaver Massacre title. To perpetuate the myth that this film had a meat cleaver in it somewhere, they actually have one as the centerpiece of the theatrical poster (same as featured on the video cassette sleeve). Can someone explain to me how this is not false advertising? 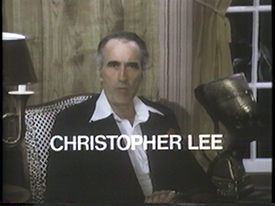 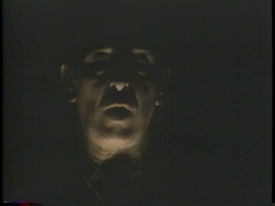 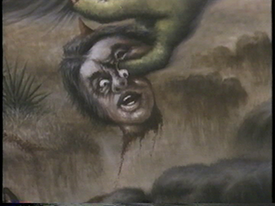 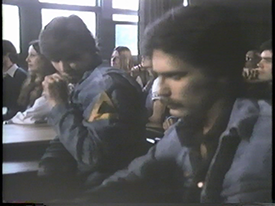 Since Catalina Home Video weren't the ones who re-titled this movie, they're off the hook. But it doesn't matter ultimately, since the company didn't last long, having released just 20 or so titles in only a few years. What I find memorable about a Catalina release is not only the sleeve's distinctive grid design, but their gatefolds. In fact, I owned a handful of their releases for several years before realizing they had gatefolds! One side usually displayed lobby cards for the movie, while on the other had a list of upcoming Catalina releases.

While doing a little bit of research on the film around the time I purchased it, I discovered there were a handful of Ed Wood fans trying to find the movie themselves, believing he might have appeared in it. Although there is an Ed Wood in this movie, he is not THAT Ed Woods. This myth likely began as a result of IMDb incorrectly listing the famous Ed Wood in the Meatcleaver Massacre credits. To my amusement, I noticed eBay sellers exploiting the confusion by adding Ed Wood's name in the title of their eBay listings for Meatcleaver Massacre. 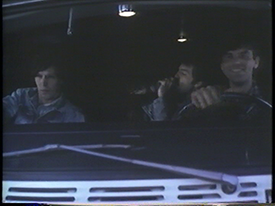 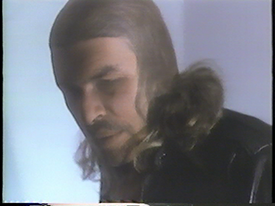 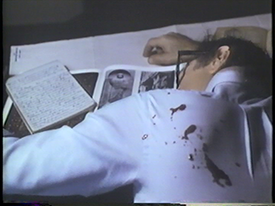 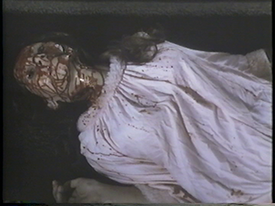 The film is wrapped with footage of Christopher Lee sitting in his office, telling us about spirits and demons. Although the topic of which he speaks is somewhat on point to the subject matter of the movie itself, he makes no mention of any specific characters or demons in the main story of the film. This is because this footage was not shot for this particular movie. It was actually shot for another, a film that was never completed. The producer's of that film sold the Lee footage to the producers of Meatcleaver Massacre. Naturally, Lee was pissed that his image was being used to promote such schlock and sued. This is likely the reason this film has never really been heard of or seen since. 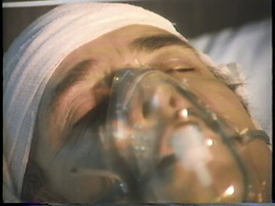 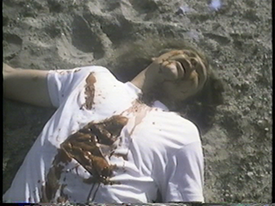 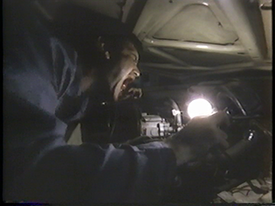 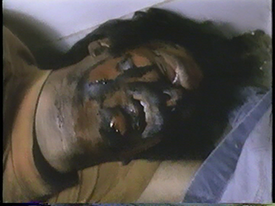 The basic rundown is that we have a professor of demonology who has his home invaded by several of his students who belong to some weird triangle gang. They wind up killing the professor's family and leaving him for dead. However, he survives, although paralyzed and in a coma. From his hospital bed, he psychically summons "Morak" to exact vengeance against the gang. One is sliced up in the desert by an invisible entity, another is basically chomped on by a car he's working on and a third is burned by an exploding electrical box at a movie house. Of course, the leader of the gang is left for last. He is confronted by the demon himself (basically a guy from the crew in a cheap ghillie suit), and is clawed up. He actually survives the attack and live out the rest of his days locked up in a padded cell while believing his eye has been removed. 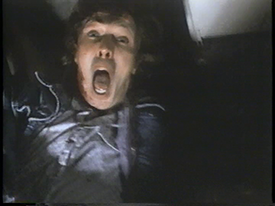 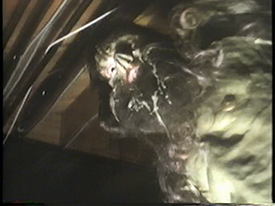 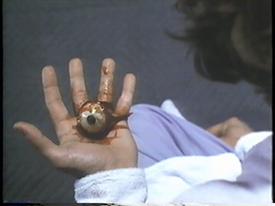 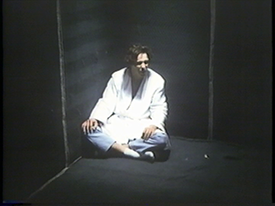 I think I might have underestimated this movie when I first reviewed it for YouTube years back. Its actually not too bad. Sure, no meat cleaver, but the story is original. It's got plenty blood, weird characters, some great shots of Hollywood Boulevard... it's a nice little time capsule of that era. It's easy to be disappointed when you're expecting a maniac running around with a meat cleaver, or Christopher Lee playing a significant role in story, but if you can forgive sleazy marketing, you might realize Meatcleaver Massacre is actually a fun midnight movie.