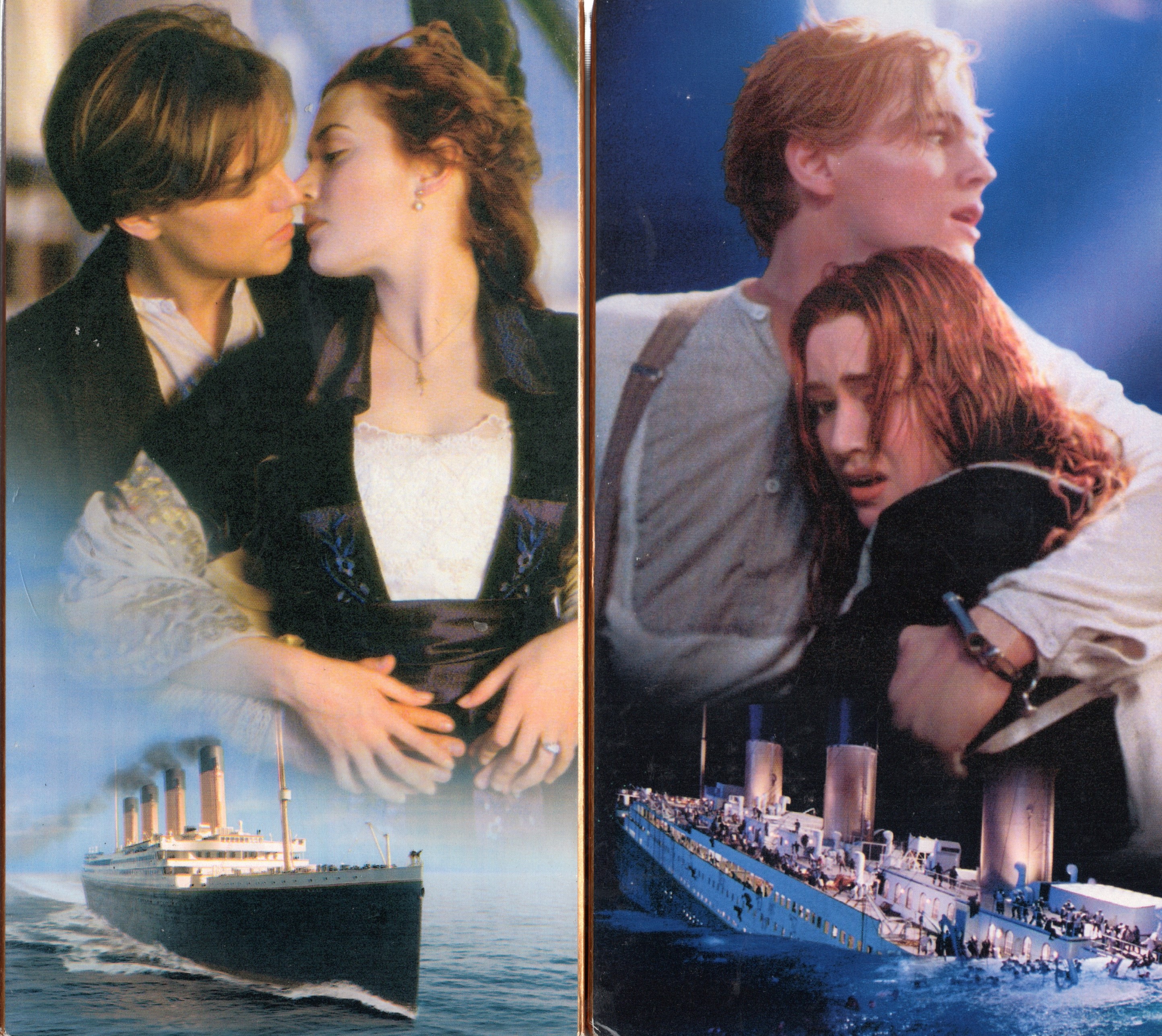 Additional Information
Titanic was released worldwide in widescreen and pan and scan formats on VHS and laserdisc on September 1, 1998.[141] The VHS was also made available in a deluxe boxed gift set with a mounted filmstrip and six lithograph prints from the movie. A DVD version was released on August 31, 1999 in a widescreen-only (non-anamorphic) single-disc edition with no special features other than a theatrical trailer. Cameron stated at the time that he intended to release a special edition with extra features later. This release became the best-selling DVD of 1999 and early 2000, becoming the first DVD ever to sell one million copies.[142] At the time, fewer than 5% of all U.S. homes had a DVD player. "When we released the original Titanic DVD, the industry was much smaller, and bonus features were not the standard they are now," said Meagan Burrows, Paramount's president of domestic home entertainment, which made the film's DVD performance even more impressive.[142]
Titanic was re-released to DVD on October 25, 2005 when a three-disc Special Collector's Edition was made available in the United States and Canada. This edition contained a newly restored transfer of the film, as well as various special features.[143] An international two and four-disc set followed on November 7, 2005.[142][144] The two-disc edition was marketed as the Special Edition, and featured the first two discs of the three-disc set, only PAL-enabled. A four-disc edition, marketed as the Deluxe Collector's Edition, was also released on November 7, 2005.[144] Available only in the United Kingdom, a limited 5-disc set of the film, under the title Deluxe Limited Edition, was released with only 10,000 copies manufactured. The fifth disc contains Cameron's documentary Ghosts of the Abyss, which was distributed by Walt Disney Pictures. Unlike the individual release of Ghosts of the Abyss, which contained two discs, only the first disc was included in the set.[87]
Titanic was released on Blu-ray as a single disc variant and a 2 disc version featuring special features on September 10, 2012.[145] A 4 Disc Blu-ray 3D version was released the same day.[146] [147] A limited Collector's Edition box set including the Blu-ray 3D, 2D Blu-ray, DVD, a digital copy and a variety of souvenirs was also released exclusively to Amazon.com and other international retailers. [148]
With regard to television broadcasts, the film airs occasionally across the United States on networks such as TNT.[149] To permit the scene where Jack draws the nude portrait of Rose to be shown on network and specialty cable channels, in addition to minor cuts, the sheer, see-through robe worn by Winslet was digitally painted black. Turner Classic Movies also began to show the film, specifically during the days leading up to the 82nd Academy Awards.[150]
Related Links
Winning Score and Song Golden Globe