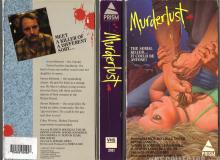 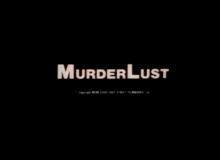 3101 - Prism Entertainment | 1987 | VHS | Slipcase
Summary
"Steven Belmont – the Sunday school teacher, handsome, the kind of man any mother would want her daughter to marry. He gets his kicks in a strange way. He likes to abduct young women, terrorize them, kill them and then dispose of their remains in the Mojave Desert."
Body

Here's another title I dredged up after reading about it in Videohound's Golden Retriever book. From the short synopsis in the book, it sounded up my alley - a serial killer doubling as a Sunday school teacher killing women and disposing their bodies in the desert. Sounds good to me! There was little else written up about it and fellow collectors weren't really snatching it up. I basically went in blind. Other than the synopsis, the title itself also sounded promising. Murderlust, presumably, a man with a lust for murder. A slasher film perhaps? The cover art didin't really suggest so. No sharp blades or pools of blood, just a dazed woman being strangled by a rope. Usually the best these types of movies have to offer is plastered on the cover, and if this was Murderlust's best, then I was in for a long night. Heck, the title wasn't even blood red despite its dripping design. There are a few drops of blood to be had, but they're barely noticeable. As we know, covers aren't always faithful to the movie, but unfortunately for this one, it actually was. 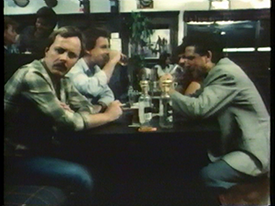 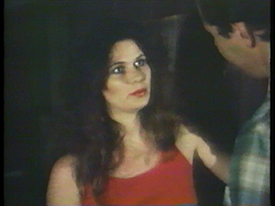 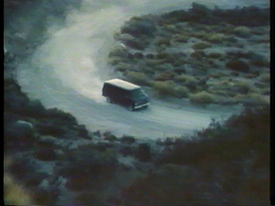 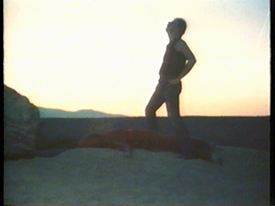 When watching the film for the first time to review it on YouTube years back, I remember how incredibly bored I was. In fact, my Murderlust review is still the shortest of the 60+ reviews I've done to date. First off, for a guy with a "murder lust," he wasn't a very active serial killer, with a mere body count of four (of which only two are on-screen kills). Pathetic. Although there are a few memorable moments in the movie, there's nothing that makes it stand out from the rest of the era. One exception might be the appearance of actress Bonnie Schnieder as a topless hooker who gets murdered and disposed of in a trash can. I instantly recognized her at the time as my local weatherwoman (News 12 Long Island ). She later went on to do the weather for CNN. How often do you get to see your local weatherwoman get topless and murdered? Hardly ever I bet. The producers lucked out with that one. 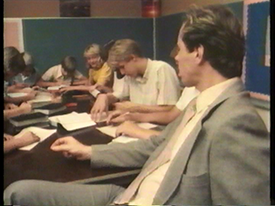 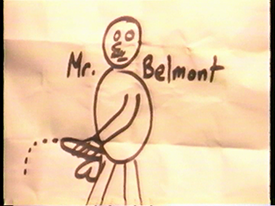 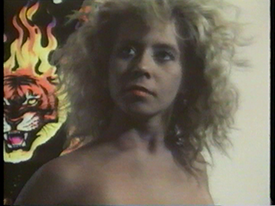 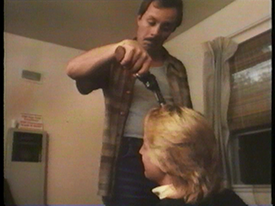 Shortly after doing my original review, I remember seeing a trailer for the movie pop up on YouTube. In the comments, the director mentioned trying to release the movie to DVD. I didn't think much of it, until several years later, when Severin Films announced they'd be releasing the film on DVD through their Intervision line. What a bizarre move on their part I thought, since the movie had very little going for it. Nudity? Barely. Body count? Two on-screen. Blood and gore? Nope. Campy fun? Nope. Psychological thrills? Meh. The fact that it was released only on DVD suggests that its original elements are missing. So, high definition clarity? A big no to that one too. However, the DVD does have a commentary with producer/writer James C. Lane. Commentaries are always a big plus, although I remember little from it.

On Severin's website, they describe the movie as "The long lost 80’s slasher from the VCR era!". Being that this isn't remotely close to a slasher film (other than having two measly on-screen bloodless murders), it seems like the marketing spirit of the 80s lives on! Below is my original YouTube video from years ago. Pardon the subpar quality!