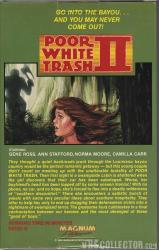 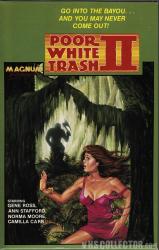 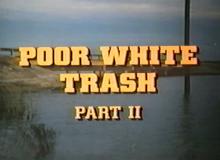 M 1307 - Magnum Entertainment | 1985 | VHS | Big Box
Summary
“They thought a quiet backroads jaunt through the Louisiana bayou country would be the perfect romantic getaway – but this young couple didn’t count on meeting up with the unutterable brutality of POOR WHITE TRASH. Go into the bayou… you may never come out!”
Body

When this first arrived in the mail, it was in the most pristine shape I'd seen for a big box. And unlike most Magnum Entertainment big boxes, this one had an inside tray holding a cassette with a generic paper label. Was this a bootleg? I didn't think so since bootleggers typically wouldn't invest in printing expensive packaging for an obsolete format, especially during the digital age. Somewhere I had read that when the assets of a large company are liquidated, much of their stock is sold to wholesalers. Perhaps someone snatched up these gorgeous boxes and had the video cassettes cheaply produced to be sold on the market? Would this make the box authentic but the cassette a bootleg? 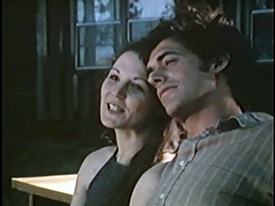 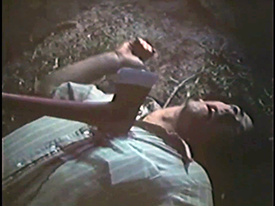 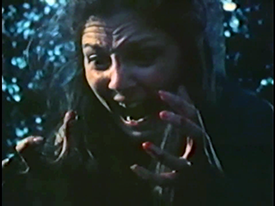 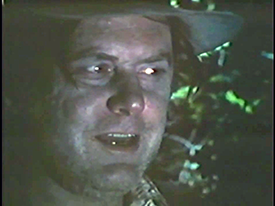 I must've read somewhere how this film was in no way connected to the previous Poor White Trash, otherwise, I wouldn't have watched it without seeing the first. In fact, both films are re-titles. The original Poor White Trash is actually a 1957 film called Bayou - a film that originally flopped at the box office, but became a hit with the new title. The film we're reviewing here was originally titled Scum of the Earth. In my YouTube review from years ago, I had mentioned how I preferred the re-title to the original, but after a recent rewatch to do this quick write up, I've had a change of heart. I now prefer the original title and for two reasons: First, I'm a purist. A film should always retain its original title despite how awesome the re-title might be. Second, the title is a perfect fit. Odis is, in fact, scum of the Earth. I suspect that either the producers or distributor might have changed the title to not have it be confused with H.G. Lewis' film of the same name. I'll even throw in a third reason - this is not a sequel to Bayou, so what's the point? 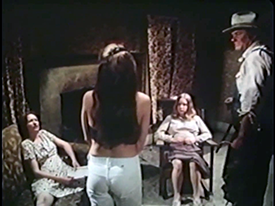 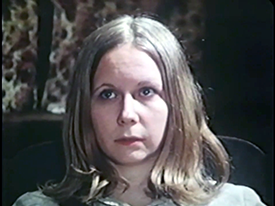 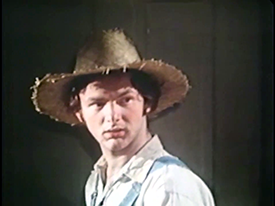 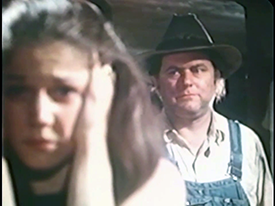 This is one gritty, nasty little film. On their honeymoon, a couple visits a cabin the woods. When the husband returns to the car for a pack of cigarettes, an axe plunges deep into his chest, killing him instantly. Shortly thereafter, his wife, Helen, discovers the body and runs into the woods for help. She encounters Odis Pickett, a backwoods hillbilly pervert on the prowl. Despite his nasty innuendos, her desperation leave her no choice but to follow him back to his place to use the phone. Once they arrive, Helen learns he had lied - there is no phone. Instead, she's introduced to the rest of the Pickett family. Emmy, his pregnant second wife, the sweetheart of the family. Sarah (pronounced Say-rah), his daughter and local $1 whore (daddy gets his for free). And of course Bo, his (probably) inbred son who "knows what girls are for" since he's "been awatchin'." The Pickett family cast plays their hillbilly hick roles to the hilt. The filth, open incest, accent and poor English, overalls, straw hats, the dirty old pervert, moonshine from a jar... its all here. 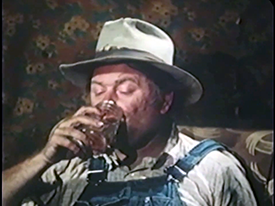 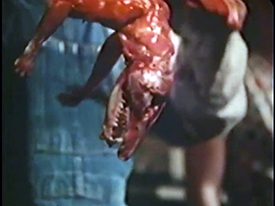 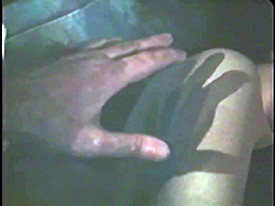 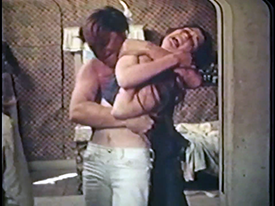 With her husband's killer still lurking about in the woods, she chooses the lesser of two evils and spends the night with the Picketts. Odis, having been jonesing for some Helen ever since he first laid eyes on her, attempts to rape her, because as he puts it, "she's feeling kind of puny." Sarah intervenes, threatening to kill him if he lays a finger on her. Odis eventually gives up the struggle and Helen is left unharmed (this time). Fearing for Helen's safety, Emmy sends Bo out to the Watkins' place to call the sheriff. But before he makes it, his neck is impaled on the spikes of a wrought iron fence. When his body is hand delivered to the front yard of the Pickett house by the killer, Odis becomes even more unstable and Sarah completely turns on Helen, blaming her for Bo's death. With his daughter now on his side, Odis takes another wack at the "scrawny city gal" and this time is successful. The following day, the Picketts decide they need a preacher to hold a ceremony for Bo. Sarah is forced by her father to visit the Watkins to make the call. But like her brother before her, she too crosses paths with the killer and is garroted with barbed wire. Odis finally meets his own fate when he steps out to look for her, and gets shot in the face. With the biggest threats now out of the way, the killer finally reveals himself by showing up at the house. He's Helen's ex-husband, a guy with a Burt Reynolds thing going on. There's a scuffle when Emmy tries to escape and who crawls to the rescue? Our favorite $1 whore Sarah, armed with a shot gun. She fires at the ex-husband killing him instantly. 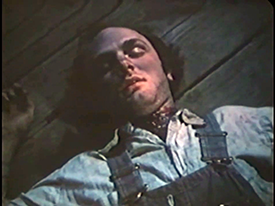 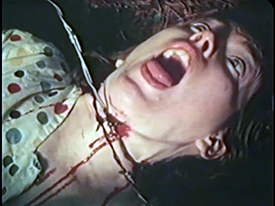 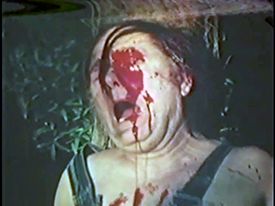 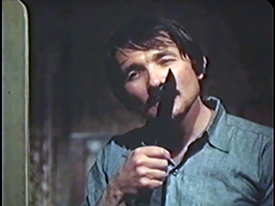 Although the film has its short comings, such as the awful day for night scenes or the misplaced music, its feels incredibly authentic. Its a real shame it hasn't had a proper release already. For over a decade, Grindhouse Releasing has been teasing us with a release, but alas,we haven't seen anything but a Scum of the Earth trailer on several of their other releases. However, there is hope, as their website does mention a release is being prepped with commentaries and interviews with the cast. This is great and all, but why in the world would unknown films like Gone With the Pope and Massacre Mafia Style be released before this grimy epic?