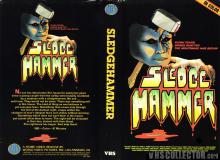 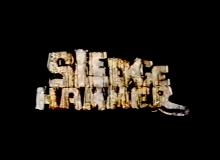 WV 1040 - World Video Pictures, Inc. | 198? | VHS | Clamshell
Summary
"No one has dared enter this house for nearly ten years since a young couple from the valley were brutally murdered by a madman with a sledgehammer. No one… until now. Flesh tears, bones shatter… the nightmare has begun!"
Body

Here's one of those movies that has quite a following that I just don't understand. Check out its IMDb page and you might be surprised by how many 5+ star reviews it has. What is it that I'm not getting? The plot is generic, its brimming with slow motion to pad out the running time (even the director admits this), the image quality is incredibly soft (even for a movie shot on video in 1983)... I just don't understand the love for this one. 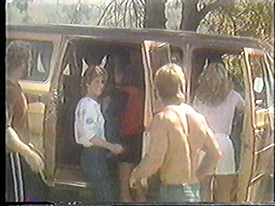 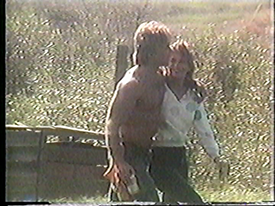 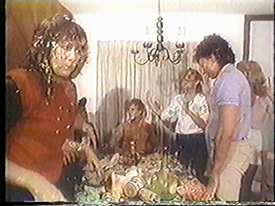 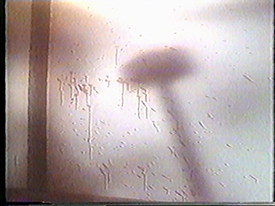 I don't quite remember where or how I discovered this title. Maybe I read about it somewhere? Maybe the packaging and title sparked my curiosity? According to my original YouTube review, I paid around $20 for the title, so I must've really wanted it. There's no denying that the cover art stands out amongst the rest. A crudely drawn sledgehammer behind an expressionless white mask. The title is massive, also drawn out, taking up the majority of the cover art. World Video Pictures was one of those early distributors who were willing to scrape the bottom of the barrel before it became the trendy thing to do. Heck, they even distributed Nick Millard's hacked up mess, The Terrorists, a film no one ever talks about (not even hipsters and that says a lot). 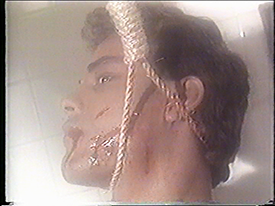 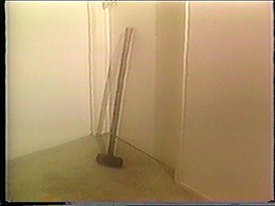 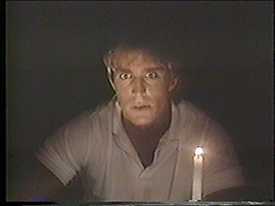 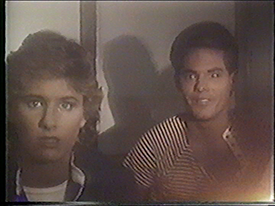 Sledgehammer begins with the typical flashback that involves the killer as a child. Here, a mother locks her son in a closet so she could get it on with some guy. The boy (presumably) escapes, finds a sledgehammer somewhere, and kills them both (obviously). Ten years later, a group of teens visit the house to party and have a good time. This is basically all we see for the next 35 or so minutes. Beer drinking, a food fight, a couple taking a very very long walk... If there's one thing most people remember this movie for (which, despite this, still enjoy it) is the worthless slow motion scenes used to pad the running time. Usually, slow motion is used to add dramatic effect or to highlight a rapid action. But here? Just to pad the running time. You'd think if were going to make the very first full-length horror movie shot on video, you'd at least compensate for the poor image quality by making a decent movie (like Boardinghouse). But not here. A cheap recording format means ample footage to waste on drivel. 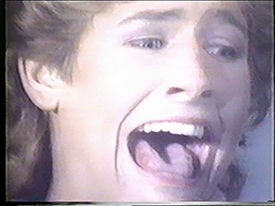 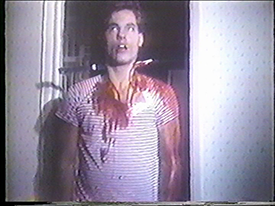 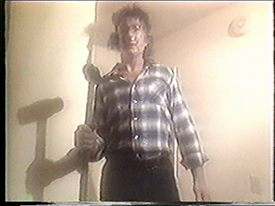 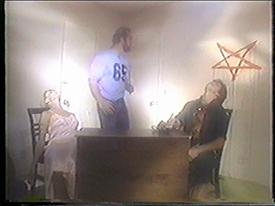 Now what teen party would be complete without a seance? That's right, this along with the discovery of the sledgehammer awakens the spirit of the boy who's now a massive burly man in a plastic mask. Why would a ghost need to wear a mask? Who the Hell knows, just accept it. He begins to knock off the kids one by one. At one point he becomes a boy again, b*tch slaps Chuck during a Satanic ritual and crossfades into a man again. Although he seems to appear and reappear in ghostly form, he takes blows like a living man, such as being stabbed multiple times and eventually getting smashed in the face. Is our killer a man or spirit? What is going on here? Chuck and another survivor finally leave the house. 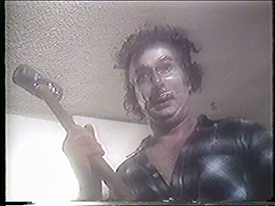 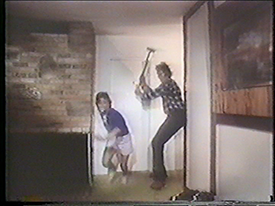 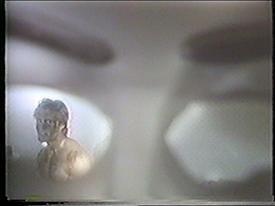 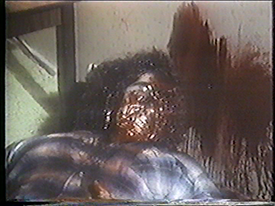 Some swear by this movie, but it's a big pass for me. Shot on video movies already set the bar low, yet this one finds itself below it. What I'd like to see is someone recut the movie with sped up scenes of all the slow-motion shots. This would probably remove 20 or so minutes from the running time and make the film a whole new experience. Several years ago when these films were being rediscovered, Severin released it to DVD on their Intervision line. Whether you like the film or not, the release has a commentary and interview with the director that offers some insight into why this movie exists. Below is my original YouTube review from years ago, pardon the subpar quality!