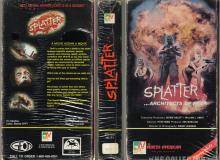 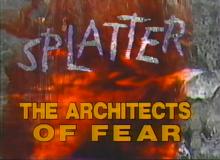 NONE - North American Home Video Entertainment | 1986 | VHS | Slipcase
Summary
"Which side of the camera are we really on? How far will these gut-wrenching effects go? The answer is further than ever before – more graphic scenes of violence, perversion, mutilation and slaughter per minute than any horror feature ever made!"
Body

The title, synopsis and obscurity of this one is probably what caught my interest when I first discovered it. Way back when, I would spend hours in books and on the internet hunting for long lost horror gems. The more obscure the better - I was like the Indiana Jones of lost analog horrors. If a title had less than say 15 votes on IMDb, I was on board. Splatter was one of those titles. Despite its obscurity at the time, it wasn't terribly hard to find - I found it on eBay for a measly $4. I must admit though, one thing confused the heck out of me. Here we had a film called Splatter, a reference film gore, yet the cover art has an explosion, a buff dude with a gun and two chicks. Huh? Was this the same movie I'd been looking for? Where's the blood? The title of the movie is Splatter for crying out loud! What we have here is a producer who puts together a movie to exploit the trending interest in gore effects, yet there's not a single drop of blood on the front cover. Maybe the distributor is to blame? I guess the Canadians didn't get the memo. If your low budget direct-to-video "horror" movie has gore, splatter it across the front cover. Gore is at the heart of this mockumentary...EXPLOIT IT! 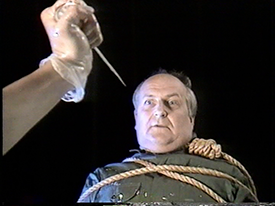 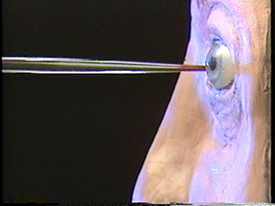 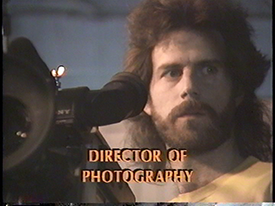 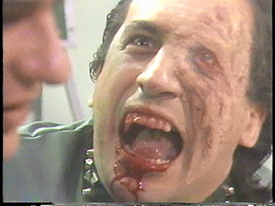 For a film about gory make-up effects, you'd think they'd use the horror genre as the backdrop for this mockumentary. Even the back cover and opening narration describe the movie as a "horror feature." But nope. Instead, they're shooting scenes for a bogus post-apocalypse film that takes place in the year 2002 - where there's a war between mutant men and Amazon women. This could almost explain why the cover is such a failure. But despite all these trivial quibbles, its still quite watchable. Fang, an employee at the also bogus effects company "Goryphilms" acts as our sort-of host. He pops in and out to add comedic relief to what might normally be a dry documentary. He enjoys boobs and blood just as much as the rest of us. At one point, a guy from the crew allows him to munch into his arm because he's hungry. 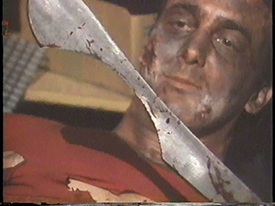 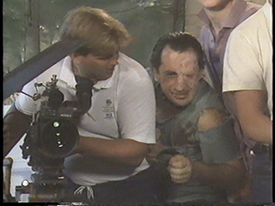 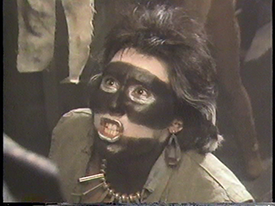 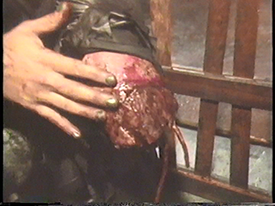 The film basically shows a fully edited gore scene, and afterwards demonstrates how it was all done. Tubes, latex, syringes, notched blades, squibs... all the classic effects are shown here. Most of the gore shots involve stabbing, cutting or impaling with some pyrotechnics sprinkled throughout. The most memorable scene is probably when an Amazon woman finds a mutant and "fucks his brains out." This of course causes his head to explode. Another is when a mutant uses a power saw to dismember an Amazon while she sleeps (she doesn't wake up). This film is overflowing with gore, but because this is a behind-the-scenes look at the process, we see it all close up. Much of it looks awful, almost as if the crew winged it one weekend to make a few extra bucks on the side. 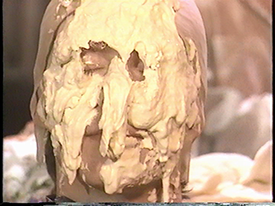 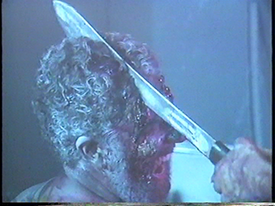 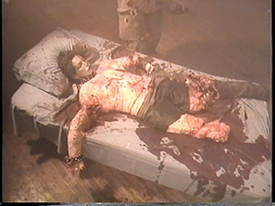 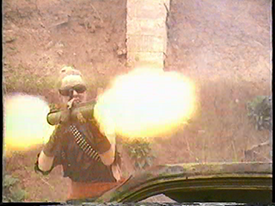 Although I do wish this documentary/mockumentary had more traditional horror themes, I did enjoy it. If you're into 80s horror and make-up effects, this is right up your alley. Its actually probably the most fun of the special effects documentaries to come from the era. A few years ago, the film was picked up by Slasher // Video to be released on DVD. Included is a commentary track and Q&A with the director and my old YouTube review (with an updated introduction). I totally recommend this one. You can see my YouTube review below (minus the updated introduction).